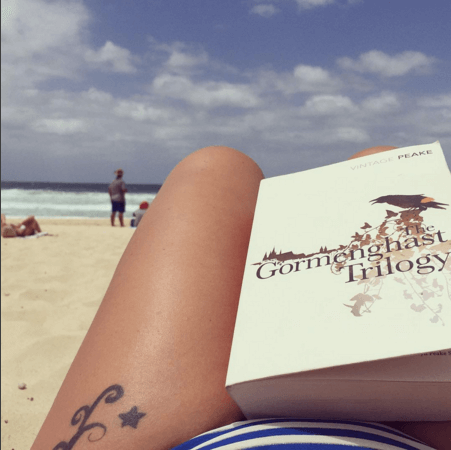 I was speaking to someone at work the other day about the books I had left to read from the BBC Top 100, and bemoaned the fact that all of them – with the exception of Ulysees, which I very much doubt will be an easy read – fall under the sci-fi or fantasy genre. Given that it’s probably my least favourite genre, the next couple of months of reading have the potential to be something of a slog.

That one of my favourite authors – Joanne Harris – chose Gormenghast as her all-time favourite book was reason enough for me to chose it as my next read from the remaining eight books I have left. Originally published between 1946 and 1959, the trilogy is made up of Titus Groan, Gormenghast and Titus Alone. While in an ideal world I would have read the trilogy in its entirety, having to take time into consideration – and given the fact that I’m hoping to finish the BBC Top 100 by my thirtieth birthday in February – I chose to read Gormenghast on its own.

It wasn’t the easiest read for me – but thus far I haven’t found many fantasy books to be. Much like with the Night Watch series by the late Terry Pratchett, I didn’t find myself immersed in the world that so many readers did. And as I near the end of the list of 100 books, I’m beginning to realise that that’s ok; not all books are for everyone, and taste and preference doesn’t make anyone a better or lesser reader. Whether or not I’ll continue to read fantasy once my challenge is over remains to be seen, but I’ll always be glad I stepped outside of my comfort zone; even if only for a short while.