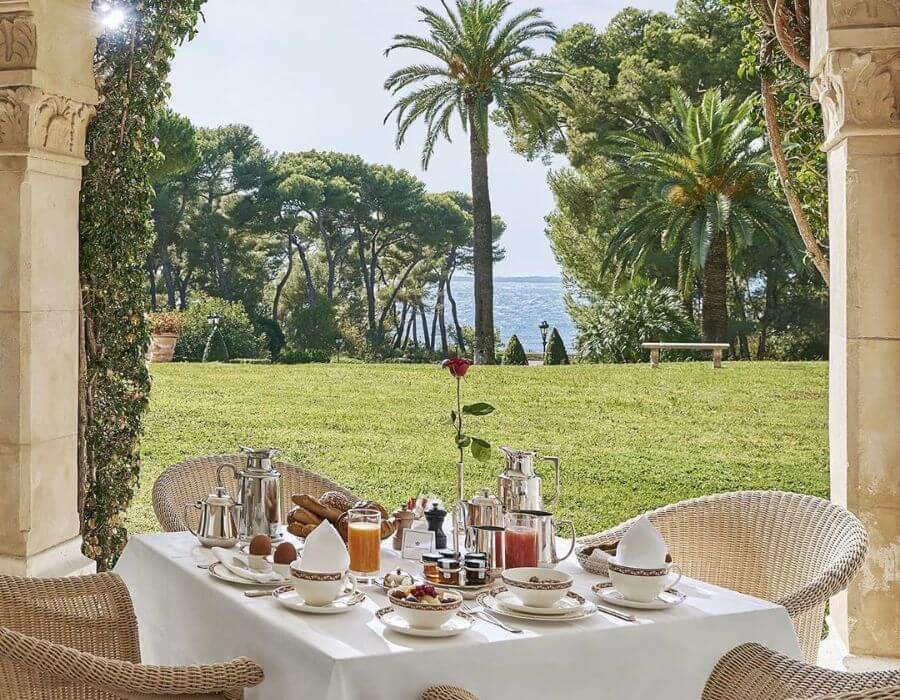 I’ve been lucky enough to spend many a sun-soaked September holidaying in the French Riviera. My good friend Sarah’s parents own a stunning holiday home in a pretty part of Nice, and so, taking full advantage of free accomodation and budget airfares, we used to visit the south of France as soon as London’s summer began drawing to its close. Known for its decadence, glamour and beauty, the French Riviera has long been the go-to holiday for the elite and the illustrious, and it too is steeped in literary history, most notably due to F Scott Fitzgerald‘s sodality with this southeastern locality of France. He once famously said ‘With our being back in a nice villa on my beloved Riviera, I’m happier than I’ve been for years.’ and as a region known for its rooftop bars, fine dining scene and beautiful beaches, it’s all too easy to see why. And so, with the help of Marco Polo Guides I’ve put together a selection of my favourite spots for would be holiday-makers wanting to explore the beaches and beyond that this beautiful province has to offer.

The French Riviera – while best known for its stylish seaside cities, Nice and Cannes – is a picturesque French region that spans the Mediterranean coast from Menton and Monaco to Théoule sur Mer and up into the Southern Alps, which means that it caters to all manner of weathers and holiday-makers. For those chasing sea, sand and sunshine, June and September are great months to visit; the weather will still be warm, but it won’t be high season, which means throngs of tourists won’t be taking over the beaches. Anyone in search of colder climes will love the winter months; with both ski resorts and Christmas markets a-plenty, merry-makers wanting to explore beyond just the beaches that the Cote d’Azur has to offer will be spoilt for choice.

A slice of literary luxury on the French Riviera, holiday-makers with a penchant for books will love Hotel du Cap Eden Roc in Antibes. As well as being immortalised in F. Scott Fitzgerald’s Tender is the Night, it too was a former hang out for the American author, and has welcomed the rich and the beautiful since it first opened as hotel at the end of the nineteenth century. Perched on the tip of a rock and surrounded by pine groves, Eden Roc is smart and sophisticated seaside living at its very, very best.

RELATED:  Review: Winnie The Pooh - A. A. Milne

Reminiscent of a private villa in an unbeatable location, Le Cap Estel is another dream destination for lovers of literature. With the entire written works on Churchill housed in the hotel, as well as a luxurious library, this gated mansion is a slice of Riviera glam amid the beautiful blue azure. 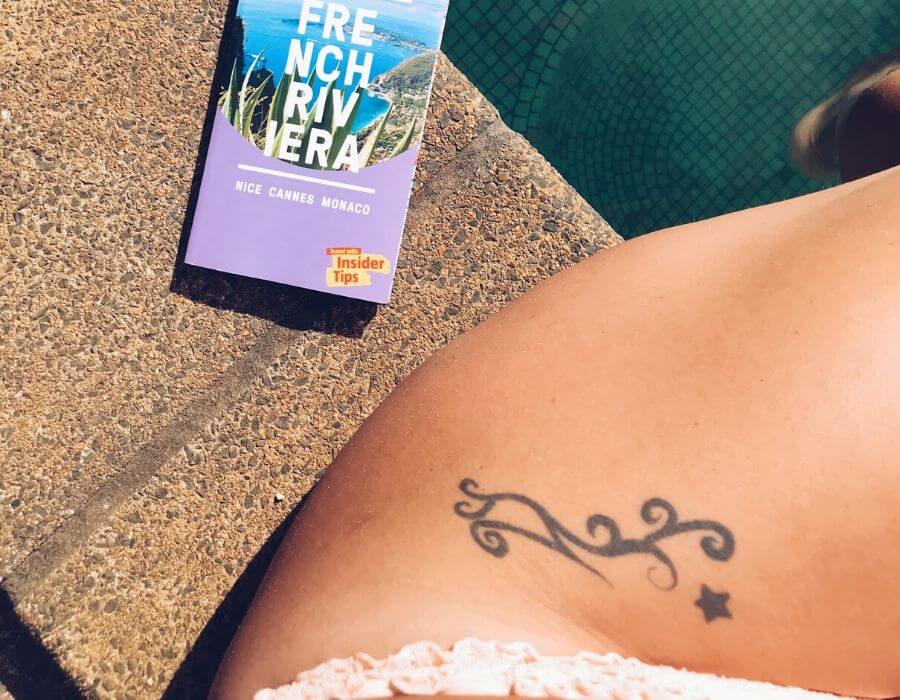 While this regal region of France is perhaps best known for both its beaches and the beautiful blue waters after which it’s named, there is much to do beyond spending the day on a sun-lounger. Anyone wanting to escape the throng of tourists should take a ferry ride to the Lérins Islands. The first one you’ll come to is Sainte-Marguerite. Rich in pine trees and green oaks with many a shaded pathway that are prime for hiking, this island offers a great day out for would-be walkers. Home too to Fort Royal, a former 17th century prison where the Man in the Iron Mask was held, there are scenic spots a-plenty for anyone with a penchant for a picnic in the sun.

And with over 100 museums in the region, the French Riviera is also a heady hub for those with an interest in all things arts and culture. In Nice, two museums are well worth the hilly hike to the neighbourhood of Cimiez: Musée Marc Chagall, home to the artist’s 17 Biblical Message paintings, and Musée Matisse, set in a 17th-century Genoese building near Matisse’s former residence, the Hotel Regina, and the cemetery where he’s buried.

Nice’s Le Vivier Lounge is located in one of the city’s most scenic spots – a cliff 20 feet above the sea in a former 19th century eatery that was the place for Nice’s society set to see-and-be-seen.  Fusing whimsical and delicate decor that is both elegant and contemporary, and beautifully presented food with a stunning selection of flavours, Le Vivier Lounge French dining at its finest.

For anyone with a weakness for farm-to-table fare, head to Café Marché. Just a stone’s throw from Nice’s seafront, this eatery is nestled down a cobbled side street in the city’s much-loved Old Town.  Known for serving colourful salads and generous sandwiches, it too offers excellent coffee and decadently doughy brioche – perfect for anyone with a sweet tooth. 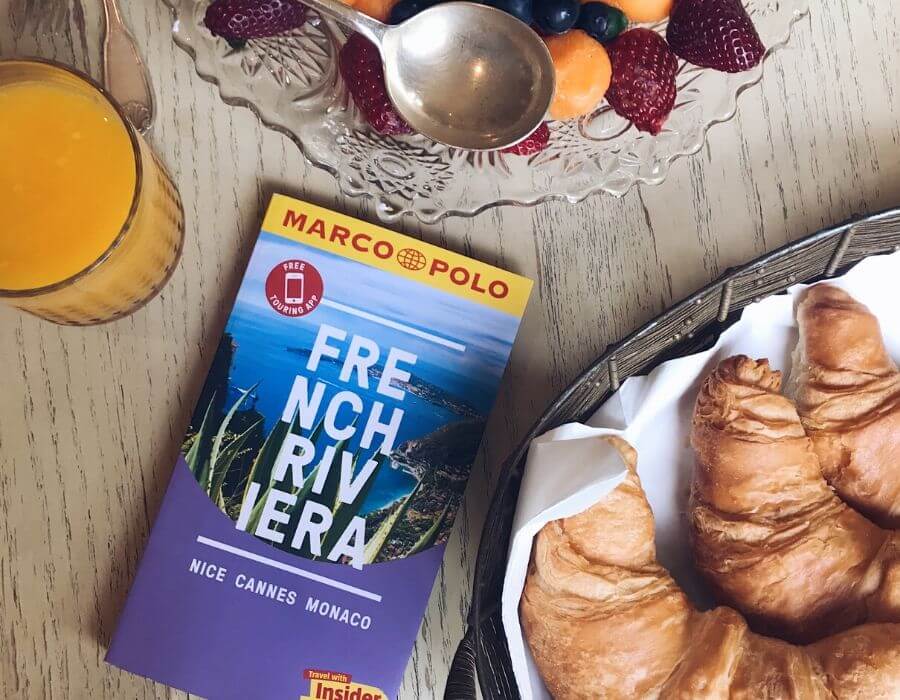 As a region known for its offering of stylish rooftop bars, a trip to the French Riviera wouldn’t be the same without a sundown cocktail overlooking the Cote d’Azur. One of Nice’s most elegant destinations is La Terrase at the Meridien.  Towering ten storeys above the water this sumptuous bar seriously exudes elegance and glamour. With white designer lounges that offer the perfect contrast to the visible blues of the sea and the sky, and floor to ceiling glass windows with unrivalled views of the ocean, enjoy one of their excellent cocktails and settle back on the terrace to enjoy that epic view.

If you’re holidaying in St Tropez, Les Toits is an dreamy  bar, restaurant, and pool terrace set on the top floor of the iconic Hotel de Paris. Whether you want to swim, sunbathe, sip on champagne – or a combination of the three – you can do that and more before enjoy evening drinks and DJ music as the sun sets over the French Riviera. A go-to destination for anyone wanting to embrace a slice of casual indulgence and rub shoulders with an A-list crowd, Les Toits also boasts an alluring vista of the old town roofs alongside yachts floating across the shining Gulf of Saint Tropez.

The Telegraph have a great article on the best beach hotels on the French Riviera.

Vogue’s essential road trip itinerary for the French Riviera is well worth a read.

Solo Sophie’s guide to the French Riviera is also fab.