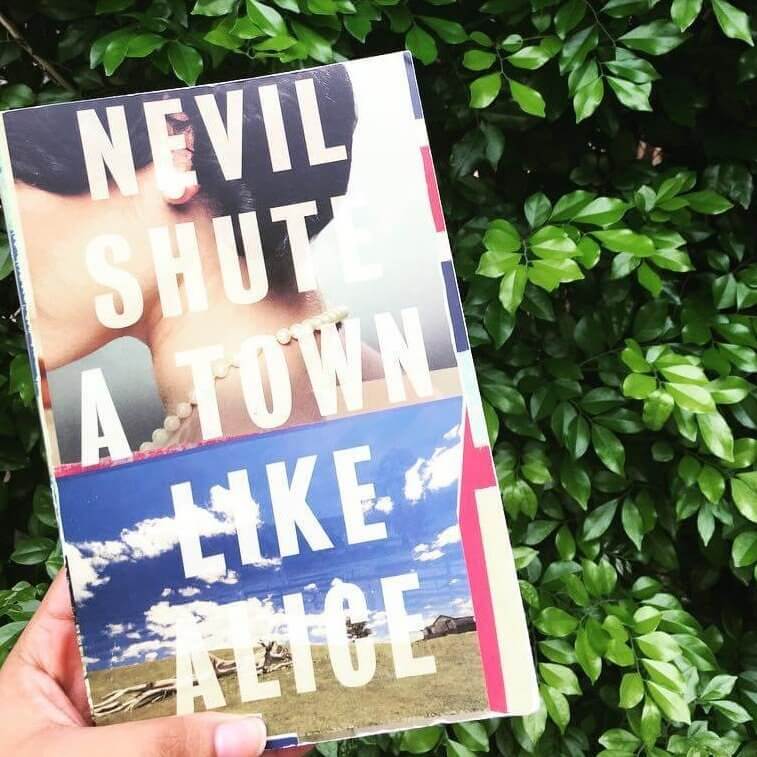 For many years now it has been clear that when it comes to books, my father and I don’t always see eye to eye. One of my earliest book-related memories was being proffered a copy of I Am David by my father, who was less than keen on my choice of reading. At the time I was devouring Nancy Drews, Baby Sitter Club books and Judy Blume like they were going out of fashion, and I think my father wanted me to try some slightly more intellectual reads; certainly ones whose focus wasn’t around shopping malls and boys.

Over the years we have, on occasion, exchanged books. Having inherited my love of France from my father, I was keen for him to read one of my favourite authors, Joann Harris, most of whose novels are set in France, and he seemed to enjoy most of her books. On the whole though, my father tends to read fact-based books, whereas I’m a fan of fiction.

Thus when he recently lent me A Town Like Alice by Nevil Shute, number 37 in the BBC’s Big Read, I had little, if any expectations. I began reading it a while ago but never got past the first page or two – a bad habit of mine when trying a new author – so the other evening, wanting to tackle another of the BBC’s Big Reads, I decided to sit down and read it.

Published in 1950 when Shute had recently settled into Australia, A Town Like Alice tells the story of Jean Paget in post World War II London, who unexpectedly comes into an inheritance from her deceased uncle. She is informed of this windfall by solicitor Noel Strachan, from whose point of view the story is told.

Part of the tale focuses on Jean’s experience during the war when she was working in Malaya and taken prisoner by the Japanese with a group of women and children. As the only member of the group who speaks Malaya fluently, Jean takes on the role of leader of the group, and witnesses many deaths, as those not used to physical labour are unable to cope under the conditions. During this time, Jean meets an Australian soldier – Joe Harman – who, taking pity on the group steals a chicken for them to eat. When the theft is discovered, Harman is crucified and beaten to death, in front of the horrified group of women.

It is only following Jean’s inheritance, when she returns to Malay to build a well, that she discovers that despite the brutal beating, against the odds, Harman didn’t actually die. What follows is a love story, that spans London, Malaya and outback Australia in which sacrifices are made, dreams are built and friendships are formed.

Suffice to say A Town Like Alice is one of the most beautiful, captivating books I’ve ever read and I will be eternally grateful to my wonderful dad for insisting that I read it. Utterly deserved of its place in the BBC’s Big Read, I will forever remember this heart-warming read, and maybe one day I’ll get around to reading more of my dad’s recommendations.

2 comments on “Review: A Town Like Alice – Nevil Shute”