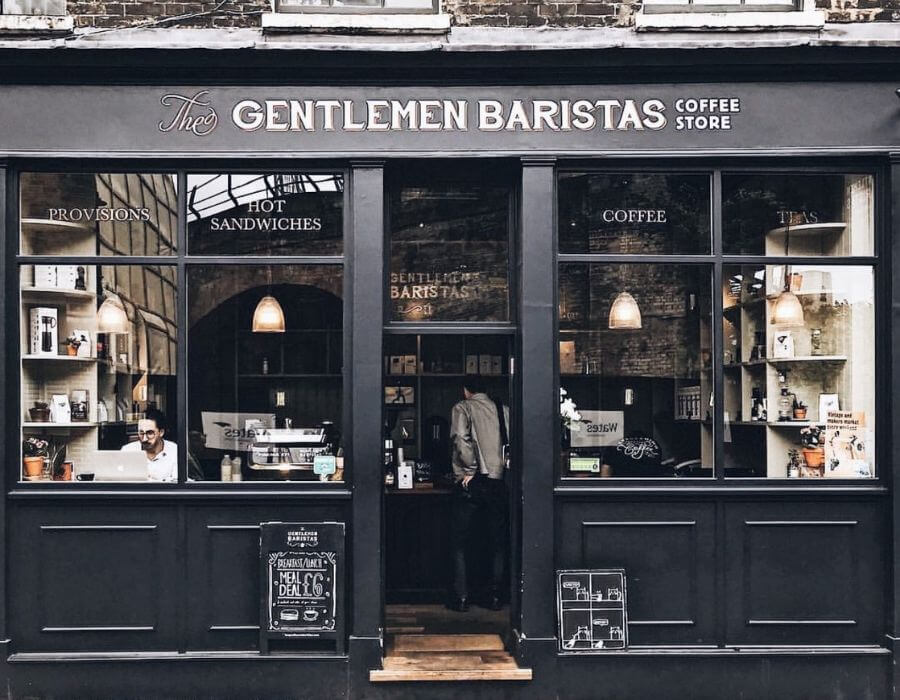 Despite having lived in London for over five years before moving down under, I was something of a creature of habit, and would rarely leave the pretty corner of South-West London in which I lived, opting instead to spend my evenings and weekends in and around the leafy parks (and vibrant bars) of Battersea, Putney and Richmond. Now, however, whenever I venture back to the UK, there are few things I love more than exploring different neighbourhoods, and venturing to pastures new in the city I once called home. London Bridge was one of my first port of calls while back on British soil; and while I wasn’t staying in the area, I spent a good hour or two perusing accommodation options on  Hotels.com to discover the crème de la crème of boutique London Bridge Hotels that would offer the perfect base for exploring all this bustling borough has to offer. From cute and cosy coffee shops, to the best place to browse for books, read on for my top tips for exploring London Bridge. 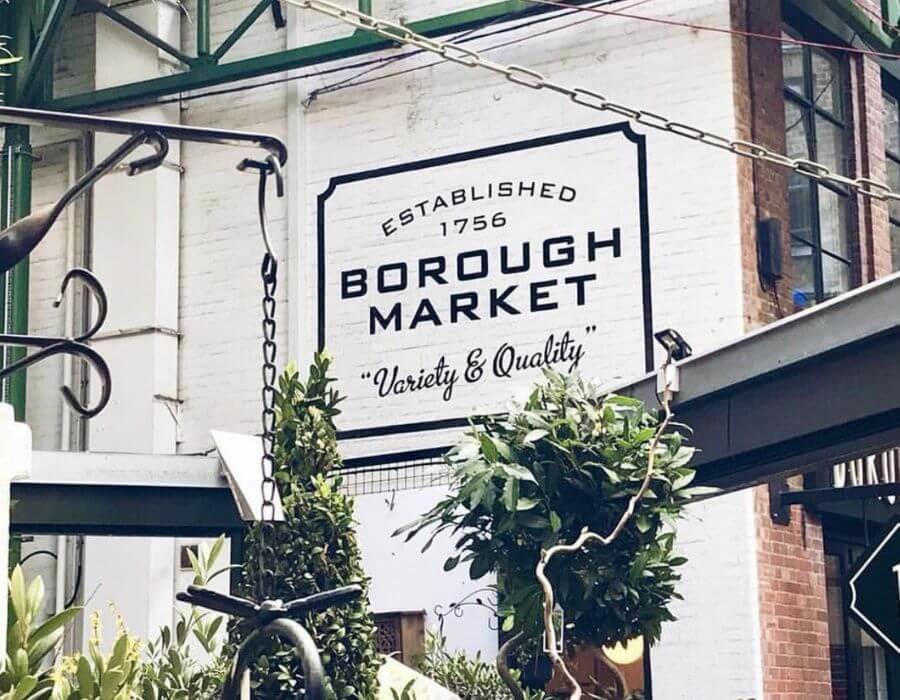 Arguable one of London’s most picturesque spots, Borough Market is a thriving kaleidoscope of food and flower stalls, loved by both locals and tourists alike. A feast for all the senses, with a focus on locally sourced food and drink, it’s one of London’s oldest markets, dating back to the 12th century.

A popular all-day coffee house serving artisan drinks and tasty bites from their modern British larder, The Gentleman’s Barista prides itself on serving ‘well-mannered’ coffee. With menu items including Cowboy beans and salmon-on-rye, and a great selection of coffees, it’s a great spot for people watching, should you need an afternoon caffeine hit. If you’re after something stronger, London Grind is a buzzing riverside espresso bar, cocktail bar and restaurant sitting just above Borough Market. Serving everything from super green smoothies to bottomless brunches, it’s a great spot to satiate your thirst, whatever your beverage bias. 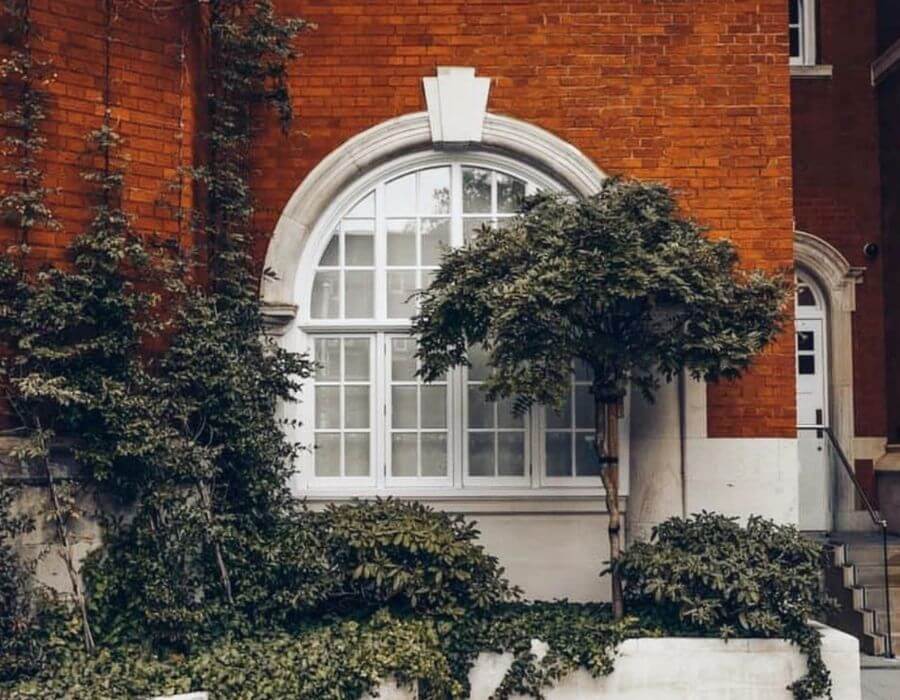 If you’re after a heritage hotel with a stylish twist, head for The LaLit in London. Formerly a Victorian boys’ grammar school, it’s recently been been reincarnated as a Bombay palace with deep blue, starry ceilings, killer Indian food and Sherwani-wearing staff. With a brilliantly British redbrick exterior, the hotel blends Indian culture with modern design, and luxury 5-star service, providing would-be visitors with the perfect escape from the hustle and bustle of the capital. And with the aptly named Headmaster’s Room serving some seriously potent cocktails, it’s a must-visit for anyone wanting a tiplle or two after a day exploring the streets of London Bridge. 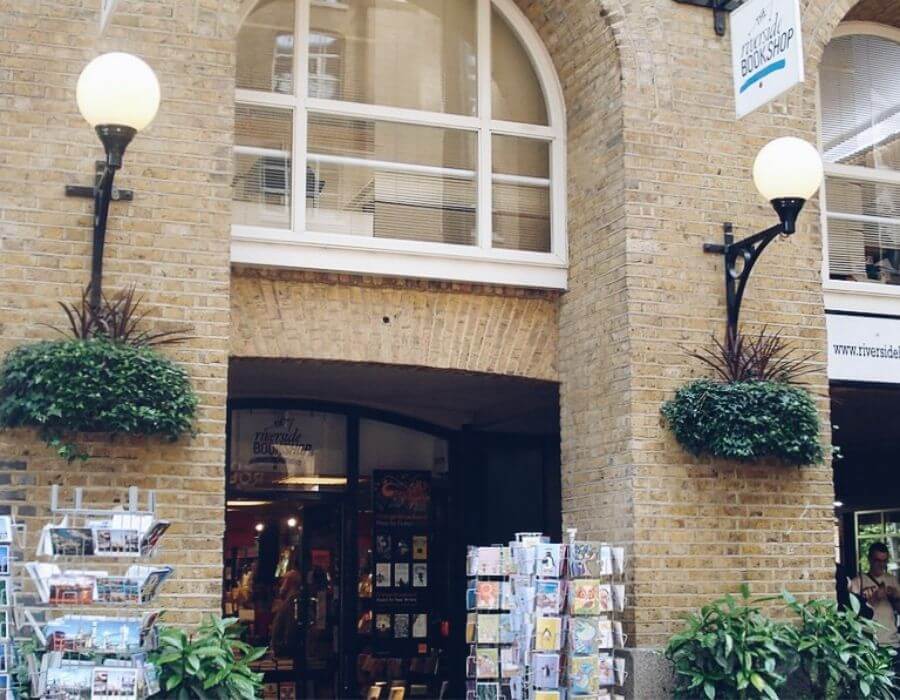 While the borough of London Bridge is well-known and loved for its close proximity to Borough Market, the area too has a plethora of hidden gems well worth a visit, and The Riverside Bookshop should be top of the list for any ardent readers. Located opposite the entrance to London Bridge station, The Riverside Bookshop occupies two floors on the corner of Battle Bridge Lane, which runs along the east side of Hays Galleria. An independent bookshop with an impressive selection of books, it’s a literary sanctuary for anyone wanting to find some solitude among the hustle and bustle of London Bridge.

If you want to immerse yourself in local literature, or to read more about one of the world’s most famous bridges, Old London Bridge by Patricia Pierce is a wonderful narrative of London Bridge’s long-stretching history, from the many thousands of people that drowned in the waters, to the toy-sellers, shop-keepers and history-makers who called London Bridge home throughout the years. If fiction is more your forte, the novel, London Bridge, by French author Louis-Ferdinand Céline, published posthumously in 1964, might be more your metaphoric cup of tea. A riotous read by one of France’s most controversial novelists, the story follows Ferdinand, an invalid French war veteran, who lives in London, where he associates with the city’s underworld of pimps and whores and has an illicit affair with a baronet’s 14-year-old daughter.

RELATED:  The Draycott Hotel: a literary stay in London

Spending money was gifted by Hotels.com, however all opinions are my own!