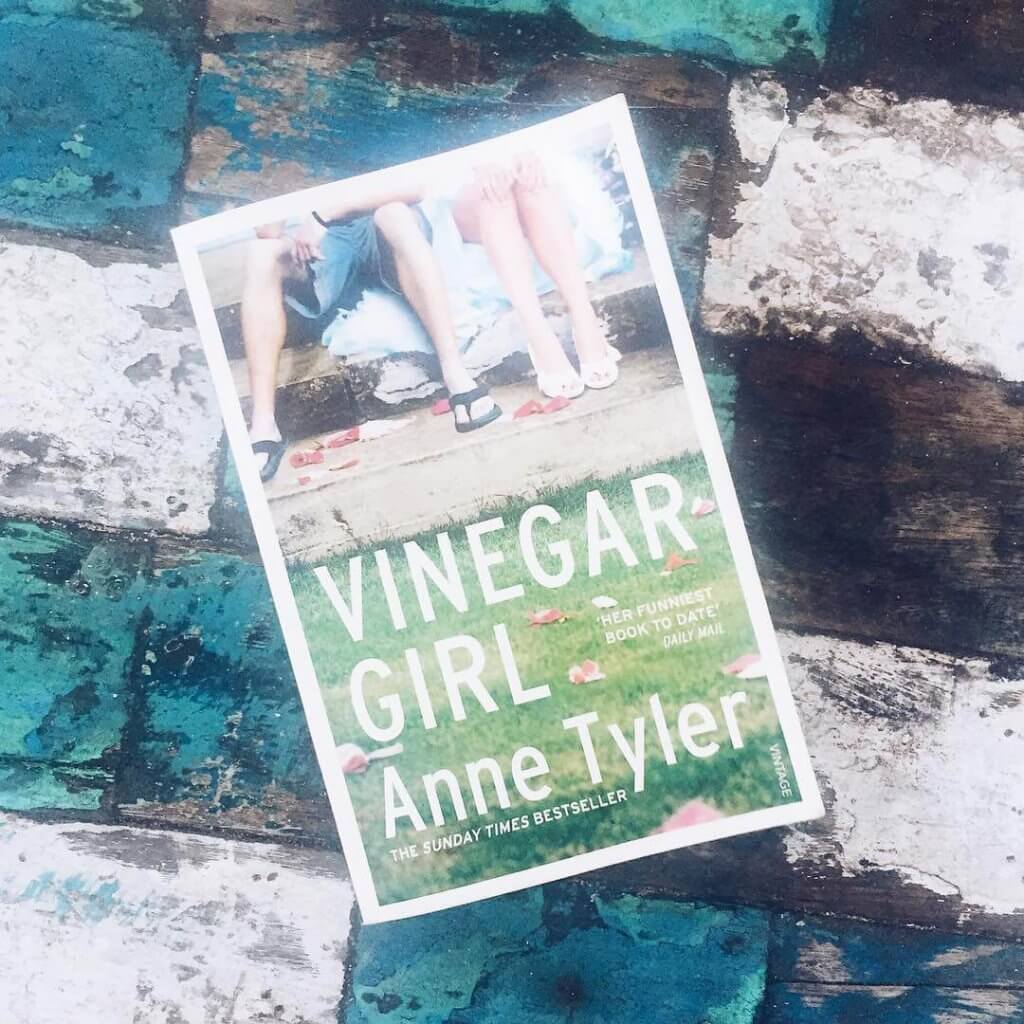 I first read Anne Tyler a couple of years ago when Dinner at the Homesick Restaurant was recommended to me; and then went on to read A Spool of Blue Thread when it was shortlisted for the Baileys Women’s Prize for Fiction two years ago. An all-American writer her books are comforting, yet intelligent, and often centred around family dynamics and relationships.

Vinegar Girl is Tyler’s take on Shakespeare’s Taming of The Shrew as part of Vintage’s “Hogarth Shakespeare”, marking the 400th anniversary of Shakespeare’s death. Not a play I’m familiar with – I’m more a fan of Shakespeare’s tragedies than his comedies – I’d also bought Tracey Chevalier’s New Boy (a modern retelling of my favourite Shakespeare – Othello), but alas, it was a hardback, and with limited space in my luggage it had to stay in London.

Personally, I read it as a story on its own, knowing nothing of the play on which it was based. An unusual yet witty tale from the get go, Vinegar Girl tells the story of Kate Battista, a school-teacher who lives with her father in Baltimore. Her father is an academic who has carried out extensive and lengthy research is on the verge of making a scientific breakthrough – and so too is he in the brink of loosing his lab assistant Pyotr, whose visa is about to expire.

And so is a spun an unlikely tale by Tyler, of a father who convinces his daughter to marry his lab assistant to give him a much needed green card to stay in the States. The story itself was a fun – if unbelievable one – and certainly show Tyler’s storytelling skills. Maybe I’d have a greater appreciation for it if I knew Shakespeare’s Taming of the Shrew, but for me, it falls rather short when held in comparison to Tyler’s other works – both of which have more depth and more meat to them.