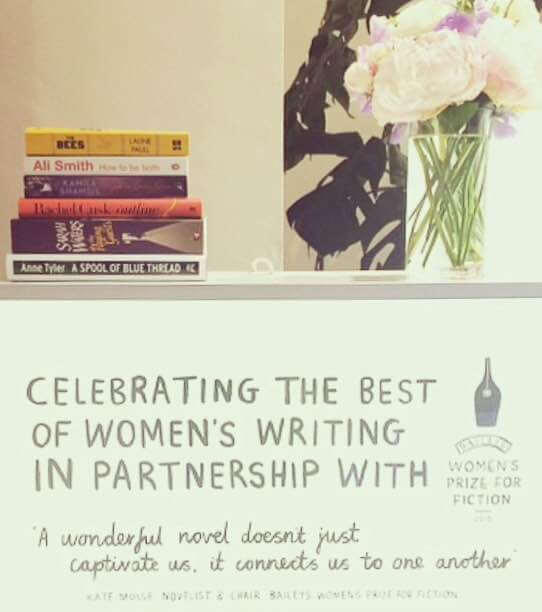 There are times in my job when I really have to pinch myself to realise just how lucky I am to be doing what I love; last night was one of them. This year, the Baileys Women’s Prize for Fiction have joined forces with Whistles and launched #ThisBookClub last night with an exclusive event at the St Christopher’s Place Whistles store fusing the very best of fashion and fiction.

And much to my utter delight one of my favourite authors, Lionel Shriver, author of We Need to Talk About Kevin, was to appear in conversation with Kate Mosse, co-founder of the prize. After a brief introduction from Jane Shepherdson, CEO of Whistles, the authors took to the stage to discuss Shriver’s most recent book, Big Brother, which I previously reviewed here.

My favourite book of Shriver’s, Big Brother tells the story of a middle-aged woman who tries to help her morbidly obese brother from sliding into an early grave. Shriver told Kate that the story was inspired by the death of her own elder brother, and they discussed the idea of drawing on real events as a trigger for a work of fiction. Having recently read Shriver’s award winning short story Kilifi Creek which she later said came about after reading a newspaper article, I listened to their discussion with interest.

Humourous, warm and incredibly engaging, Shriver was the perfect person to ignite a love of fiction in a room of people made up of both avid readers, and those tentatively dipping their foot in the world of literature for #ThisBookClub.

I was lucky enough to speak to her after the event and was shocked to discover that on asking her for a book recommendation I had already read her first two suggestions; The Age of Innocence and Revolutionary Road. Her third: Edith Wharton’s The House of Mirth, will go straight to the top of my reading pile while I eagerly await Shriver’s next offering.