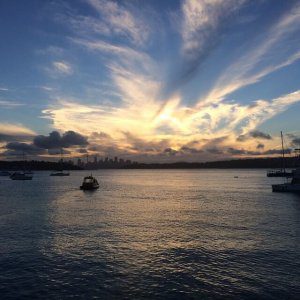 It was just over a decade ago that I first visited Australia. Something of a gap year cliche, I had spent four weeks in India before fully immersing myself in the travelling way of life on Thailand’s many beaches, doing little besides sunbathing, reading and drinking copious amounts of vodka from plastic buckets that lined the shores of Koh Phagnan. I then spent a hazy few days in Hong Kong before arriving in mid-winter Sydney looking like I had stumbled straight from the beach, some thing my good friend Matt Costello who had the unfortunate task of collecting me from the airport loves to recount. Australia had never been somewhere I’d wanted to visit; in fact in came about quite by accident that I even went there at all. When booking my round the world ticket I had initially planned to go directly to New Zealand from Hong Kong, but at the insistence of the agent through whom I booked, I reluctantly agreed to spend a week in Sydney. It was, however, love at first sight, and of all the places I visited that year, I was most sure that one day I’d return there to live.

Three years later, I visited for the second time during an extended summer holiday at university with one of my best friends’ Verity, and I then spent the next five years waxing lyrical about how one day I would return for good. However, as often is the case, life got in the way; I settled very happily in London in a house so perfect I never wanted to leave, before landing a job so perfect I could never imagine doing anything else.

RELATED:  Review: The Bookshop that Floated Away - Sarah Henshaw 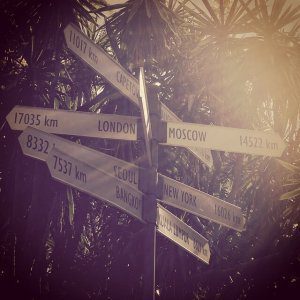 And so it was, that following a trip to Sydney earlier this year to visit my friend Scarlett, that fate would intervene. The contract on my job came to an end and I no longer lived in my dream house. It soon dawned on me that it was now or never. A strong believer that it’s better to regret the things we do than the things we don’t, I booked my flights before I could renege on my decision.

I’ll be training as a yoga teacher while I’m there – a world away from my current role as social media manager – and hope to finish both the BBC Top 100 Reads and the book that I’ve been writing on and off for years. With the date of my departure drawing near, I’m both scared and excited for what lies ahead. And as  nerve-wracking as it will be getting on the plane and leaving behind my friends, family and life as I know it, I have little doubt that adventure awaits.

2 comments on “A Girl Down Under: & The Beginning of my Australian Adventure”