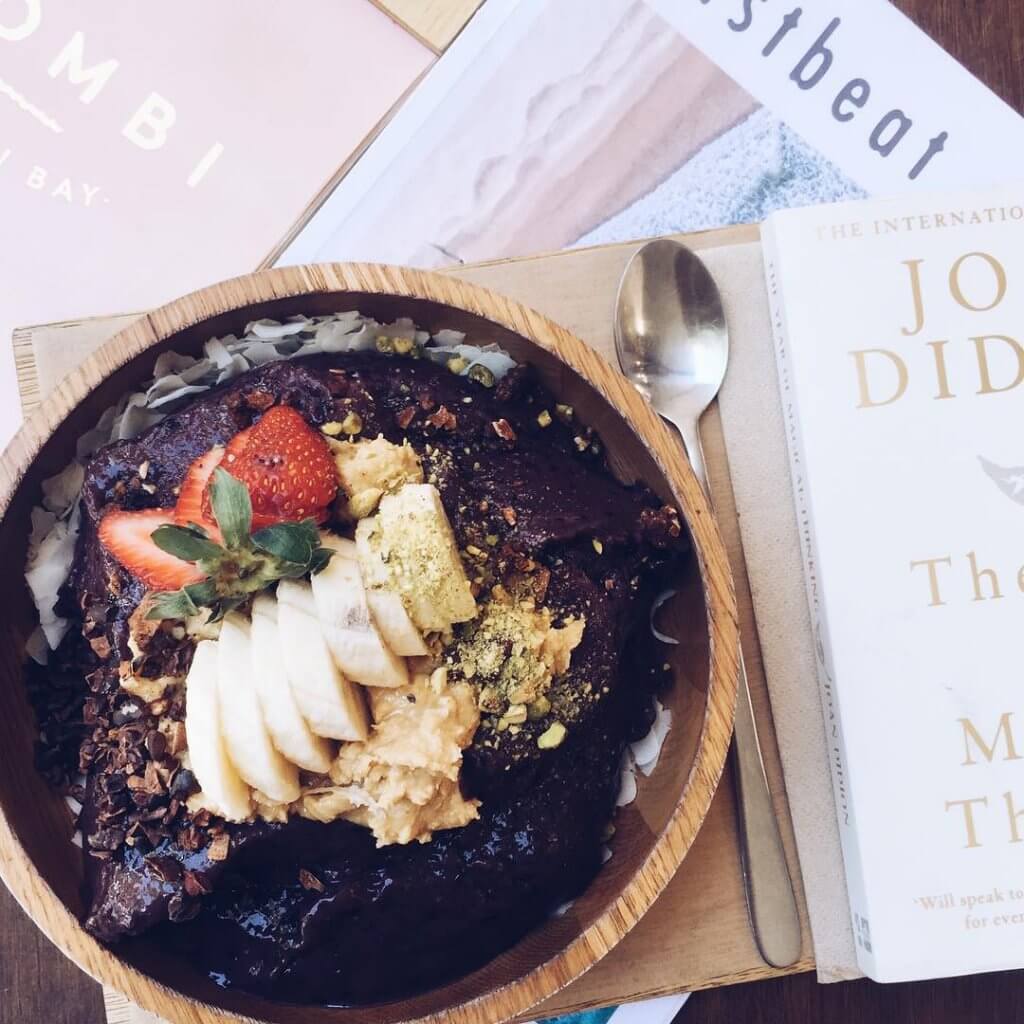 I thought starting my thirty-second year on the planet reading The Year of Magical Thinking would be rather apt. I had bought a copy while on a book splurge at Bondi based bookstore Gertrude & Alice, and so, before my birthday festivities began, I spent a slow morning in bed, with a lit candle, the fan on full blast; the leaves of my bedside plant swaying in the breeze.

I first came across The Year of Magical Thinking when I was living in Los Angeles last year with my boyfriend; I very nearly bought it at the Barnes and Noble I used to frequent in Studio City, but we were nearing the end of our time in the states, and I still had a towering pile of books to get through before boarding a flight back to London. And so it was when I saw it while browsing for books in Bondi recently, I quickly added it to my growing pile of tomes.

I’m not sure what it was that I expected from reading it; perhaps some inspiration on how to live a magical year; perhaps a motivational manual that would kick start my thirty-second year in the best way possible.

Alas, neither were true of The Year of Magical Thinking. The memoir is a melancholy one; an observation of grief, Didion talks openly about the sudden death of her husband, which coincided with her only daughter falling ill, and both the heartache and mundanities that followed.

We learn about life before and after Didion’s husband’s sudden death; the years spend in Malibu, and New York and in a rambling house on LA’s Franklin Avenue; how extortionate phone bills were part of their relationship; as were holidays in Honolulu.

Much of the memoir was peppered with dates and flights and phone-calls that were made in the post-John era, as Didion navigated her way around the aftermath of losing her husband, while continuing to care for her coma-induced daughter, Quintana. It was only while I was researching this write up that I was to discover that she too died, eighteen months after her father’s passing, and later became the subject of another of Didion’s memoirs – Blue Nights,

While the story wasn’t a compelling one, it was one that slowly grew on me as the pages passed; poignant and powerful in nature, while it didn’t make me cry, it did make me think. About the fragility of life, and about how everything can change in the blink of eye; and about how you can see the world differently in a matter of minutes.

Joan Didion (born December 5, 1934) is an American journalist and writer of novels, screenplays, and autobiographical works. Didion is best known for her literary journalism and memoirs. In her novels and essays, Didion explores the disintegration of American morals and cultural chaos; the overriding theme of her work is individual and social fragmentation.

About The Year of Magical Thinking

Several days before Christmas 2003, John Gregory Dunne and Joan Didion saw their only daughter, Quintana, fall ill with what seemed at first flu, then pneumonia, then complete septic shock. She was put into an induced coma and placed on life support. Days later–the night before New Year’s Eve–the Dunnes were just sitting down to dinner after visiting the hospital when John Gregory Dunne suffered a massive and fatal coronary. In a second, this close, symbiotic partnership of forty years was over. Four weeks later, their daughter pulled through. Two months after that, arriving at LAX, she collapsed and underwent six hours of brain surgery at UCLA Medical Center to relieve a massive hematoma.

This powerful book is Didion’s attempt to make sense of the “weeks and then months that cut loose any fixed idea I ever had about death, about illness . . . about marriage and children and memory . . . about the shallowness of sanity, about life itself.”