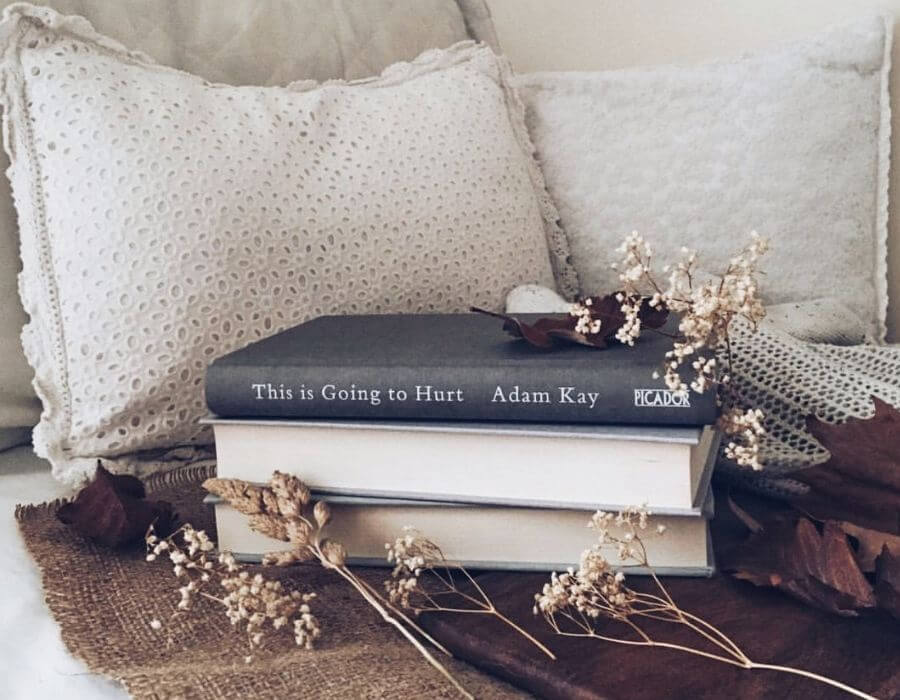 This is Going to Hurt: Secret Diaries of a Junior Doctor by Adam Kay had long been on my literary radar by the time I finally got around to reading it. A book that has been lauded by critics and readers alike, much like Educated by Tara Westover – which I read back in January – I came to the book with high expectations.

Written as a series of diary entries during Kay’s six years as a doctor, This is Going to Hurt is a wry and witty account of the few highs and frequent lows that Kay encountered while working for the NHS. Ranging from the absurd to the hilarious to the heartbreaking and beyond, despite the sometimes depressing nature of the book, it is consistently – and painfully – funny throughout. It too is a candid look at life in the NHS – where being overworked and underpaid is the norm for many employees and Kay writes honestly about the hierarchal behaviour that lies therein – from the on-call consultant who makes it clear not to call him – to the private doctor who won’t let him touch a patient. Full of frustrations, yet underpinned with Kay’s signature humour, the author paints a bleak picture of the working conditions for many medics. Both a love letter to the power and potential of the NHS, and an ode to its failings and frustrations, This is Going to Hurt sends a very clear message to those in power that it is very nearly on the brink of collapse.

While we find out at the very beginning of the book that Kay left the NHS after a six year stint, the ending was still a sad one; as we witness first hand the poignance, despair and regret he feels at saying goodbye to his medical career for good.

Brutal, brilliant, raw, rude and unflinchingly funny, This is Going to Hurt is the sort of book that is not only laugh out loud, but too will give its readers a new found respect for all manner of medics, and the tireless dedication they each have to bettering – and at times saving – the lives of their patients.

About This is Going to Hurt

By degrees hilarious and painfully honest, this is a no-holds barred account of one junior doctor’s time on the frontline of the NHS.

Welcome to the life of a junior doctor. Hilarious, horrifying and heartbreaking by turns, these diaries are everything you wanted to know – and more than a few things you didn’t – about life on and off the hospital ward. And yes, it may leave a scar.

Scribbled in secret after endless days, sleepless nights and missed weekends, comedian and former junior doctor Adam Kay’s This is Going to Hurt provides an essential, brutally frank account of what life is like for the beleaguered vanguard of the NHS. Now providing the groundwork for a sell-out stand-up tour, This is Going to Hurt is an unmissable window into Britain’s ailing health system and the lives of the people who are its lifeblood. Simply essential reading.

Adam Kay is an award-winning comedian and writer for TV and film. He previously worked for many years as a junior doctor. His first book ‘This is Going to Hurt: Secret Diaries of a Junior Doctor’ was an instant Sunday Times number one bestseller and has sold over a million copies. It has been translated into 33 languages and is winner of four National Book Awards, including Book of the Year. BBC Two have announced that This is Going to Hurt will be a major new comedy-drama.
RELATED:  The best books about Paris

3 comments on “Review: This is Going to Hurt – Adam Kay”