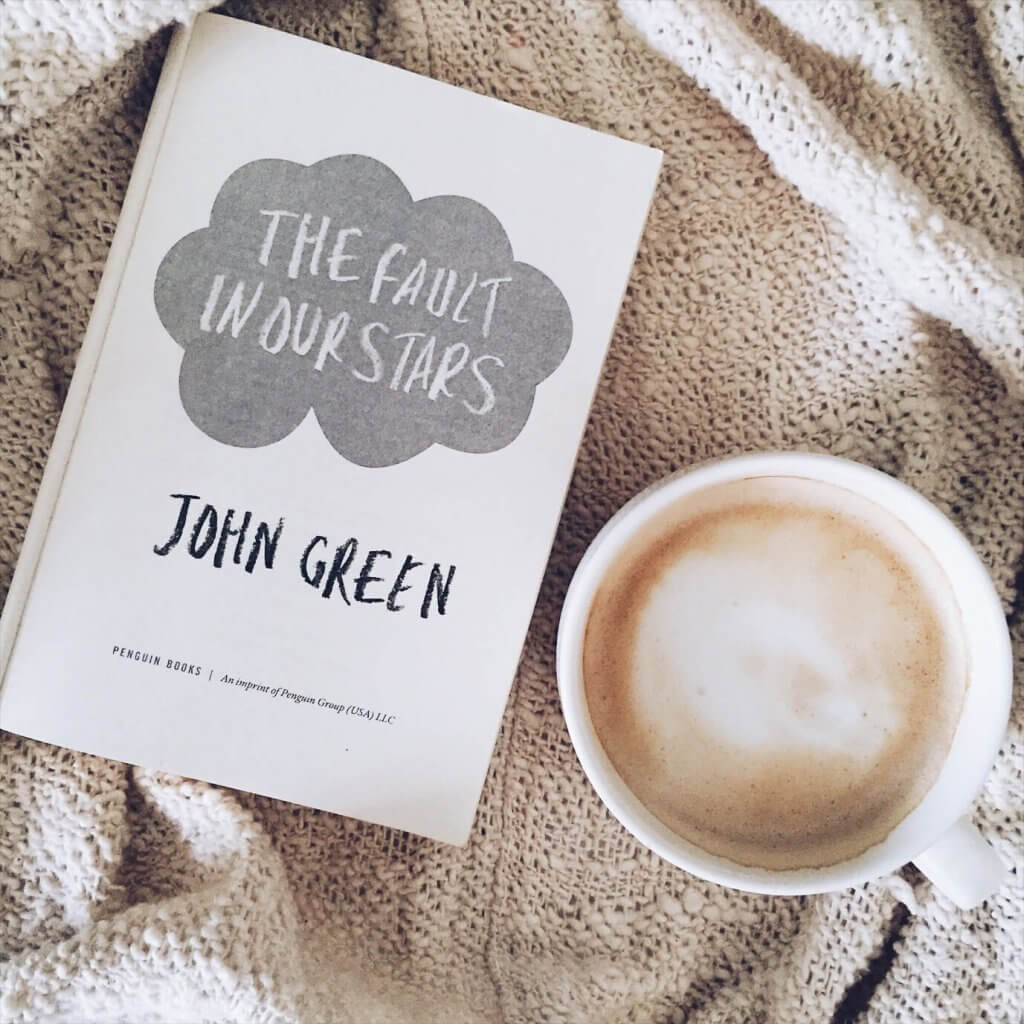 I suppose one of the advantages of not being able to pick and chose what you read; of not having overstocked shelves bursting at the seams with books, nor a pile of unread releases waiting to be opened, is that it forces you out of your comfort zone. Much like when I read my way through the BBC Top 100, being in Bali, with limited access to literature has meant I’ve read a number of books that I wouldn’t have otherwise.

John Green’s The Fault in our Stars was one of them. While I’m certainly not opposed to YA literature, other than  the likes of Harry Potter, it’s not a genre I read extensively, and thus I suppose I often overlook many of its books.

Beloved by a nation of readers, The Fault in our Stars is John Green’s sixth novel whose title is inspired by Act 1, Scene 2 of Shakespeare’s play Julius Caesar, in which the nobleman Cassius says to Brutus: “The fault, dear Brutus, is not in our stars, / But in ourselves, that we are underlings.”

Narrated by sixteen-year-old Hazel Grace who suffers from cancer, she meets and falls in love with Augustus Waters at a support group – an amputee in remission. They bond over their love for literature and soon fall in love. A trip to Amsterdam to track down the author of Hazel’s favourite book ensues, as does a confession from Augustus that his cancer has returned.

Alas, the story is a sad one; as is expected when its two protagonists are cancer patients. Yet despite its not-so-happy ending, The Fault in our Stars is a beautiful and poignant tale about making the most of what life has to offer, ceasing every opportunity that comes our way and cherishing those who we’re lucky enough to love.

1 comment on “Review: The Fault in Our Stars – John Green”