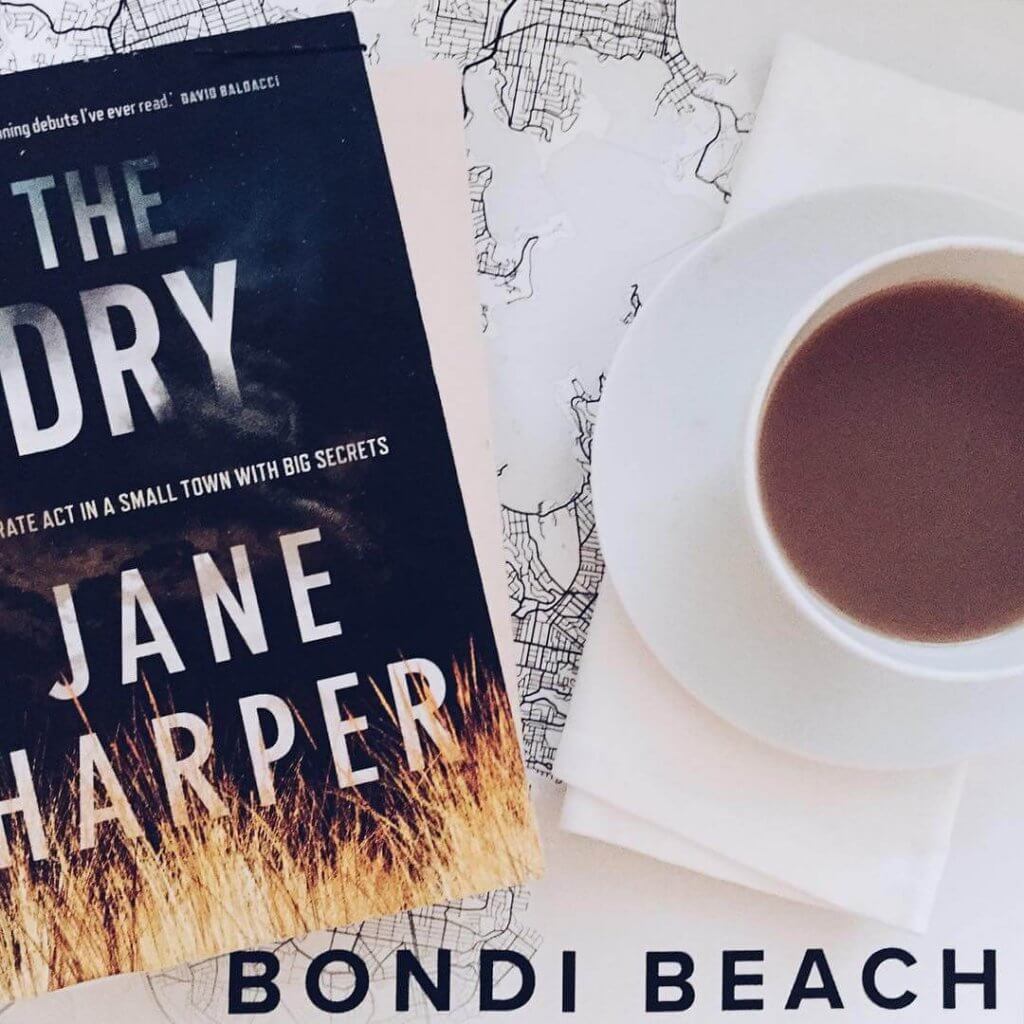 The Dry is one of those books that I had seen almost everywhere prior to actually reading it myself. I remember seeing someone reading it at a hotel in Seminyak, then again at the airport in Malaysia; on the tube in London and finally on the plane back o Australia. And so, on returning to Bondi, one of my first stops was my local bookstore, Gertrude & Alice to buy Jane Harper’s debut.

While our winters in Sydney are fairly mild, given that almost every apartment is ill-equipped for cooler temperatures, it gives me the opportunity to hibernate with a good book, copious cups of tea and a hot water bottle, much like I did in London’s everlasting wet and windy months.

Having gained a legion of fans the world over – and with the film rights already in the very capable hands of a certain Reese Witherspoon – it’s the sort of book you go into with fairly high expectations; and suffice it to say it doesn’t disappoint.

Set in the fictional town of Kiewarra, a tiny rural community in country Victoria, tensions are high among the residents after three are found dead and local farmer, Luke, is thought to have shot his wife and son before turning the gun on himself. Federal Agent Aaron Falk returns to Kiewarra, following his childhood friend’s death after being summoned by Luke’s father, who threatens to bring to light an old secret that Luke and Aaron shared if he doesn’t come home. Years ago, their friend Ellie Deacon drowned, but while Luke and Aaron were each other’s alibi that night, many in the town suspected they lied.

The small-town community has been ravaged by drought; the dry and the dust seep from every page, building tension a-plenty and contributing towards a stifling and suppressed setting, rife with bubbling unease that threatens to boil over.

A page turner of the finest sort, The Dry perfectly depicts rural Australia, away from the big and glamorous cities the country is so famous for. With brilliantly imagined characters, a fast pace and a wonderfully unexpected twist, it’s little wonder Harper now has a wealth of fans waiting patiently for her next book.