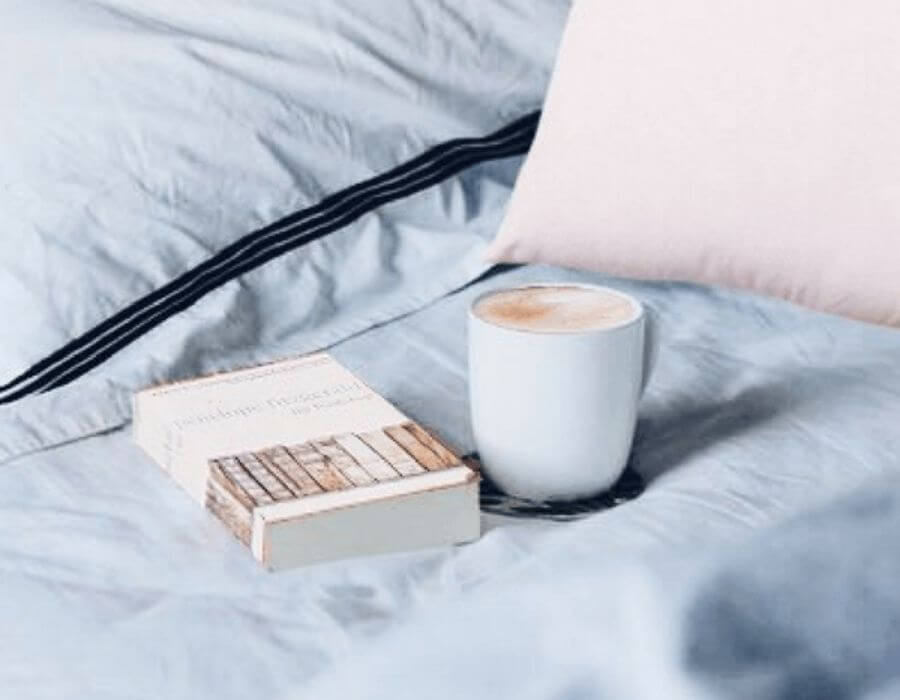 I bought a copy of Penelope Fitzgerald’s The Bookshop when I was in a bit of a reading lull. I was midway through a book that I was struggling to get into, and, not wanting to force it, I took myself down to Gertrude & Alice to peruse their endless bookshelves. in search of a new and more engaging read.

I had only recently come across The Bookshop book when I saw the movie adaptation advertised at my local independent cinema in Paddington. While intrigued by the film, I made a note to read The Bookshop novel before booking myself tickets to the cinema. And so, when I saw the book at Gertrude & Alice; a small sliver of a read in comparison to the tome I was working my way through at the time, I settled down with a sweet chai tea into one of the bookshop’s oversized armchairs and began to read. I was in the mood for a cozy tale, and a book about a bookshop in an English village seemed the exact sort of thing I was after.

And yet, while on the surface The Bookshop is just that; a story about life in a quaint seaside village, it too is something else altogether. While there are those touches of quaint cozy English village life, at its core, the book is mainly about the rancor and spite that rises to the surface of the village when Florence Green, a widow who has just moved to Hardborough, decides to open a bookshop.

While in the late 1950s, such an opening could have been seen as an asset to the small village, it soon becomes obvious that this simply isn’t the case. Many see Florence as having overstepped social boundaries by buying a building that was wanted for other purposes and this social faux pas results in much grief for this kind hearted widow.

Something of a melancholy tale, The Bookshop is ultimately about more than just a bookshop. It’s a story about morals, about our treatment of others, about life in a small village and the consequential issues and intricacies that arise. A compelling, quick, and dark read, The Bookshop is clear evidence of Penelope Fitzgerald’s ability to weave a subtle and poignant story that will stay with its readers long after the last page has been closed.

Buy The Bookshop by Penelope Fitzgerald on Amazon or from Waterstones.

In 1959 Florence Green, a kindhearted widow with a small inheritance, risks everything to open a bookshop – the only bookshop – in the seaside town of Hardborough. By making a success of a business so impractical, she invites the hostility of the town’s less prosperous shopkeepers. By daring to enlarge her neighbors’ lives, she crosses Mrs. Gamart, the local arts doyenne. Florence’s warehouse leaks, her cellar seeps, and the shop is apparently haunted. Only too late does she begin to suspect the truth: a town that lacks a bookshop isn’t always a town that wants one.

Penelope Fitzgerald was an English novelist, poet, essayist and biographer. In 2008, The Times included her in a list of “The 50 greatest British writers since 1945”. In 2012, The Observer named her final novel, The Blue Flower, as one of “the ten best historical novels”.

Penelope Fitzgerald was the author of nine novels. Her novel Offshore was the winner of the Booker Prize. A further three novels — The Bookshop, The Beginning of Spring and The Gate of Angels — also made the shortlist.

She was educated at Wycombe Abbey and Somerville College, Oxford university, from which she graduated in 1938 with a congratulatory First.

I love this The Bookshop book review from Publisher’s Weekly; and you might also like this on the quiet genius of Penelope Fitzgerald’s books. This book review from Transactions with Beauty is also well worth a read.