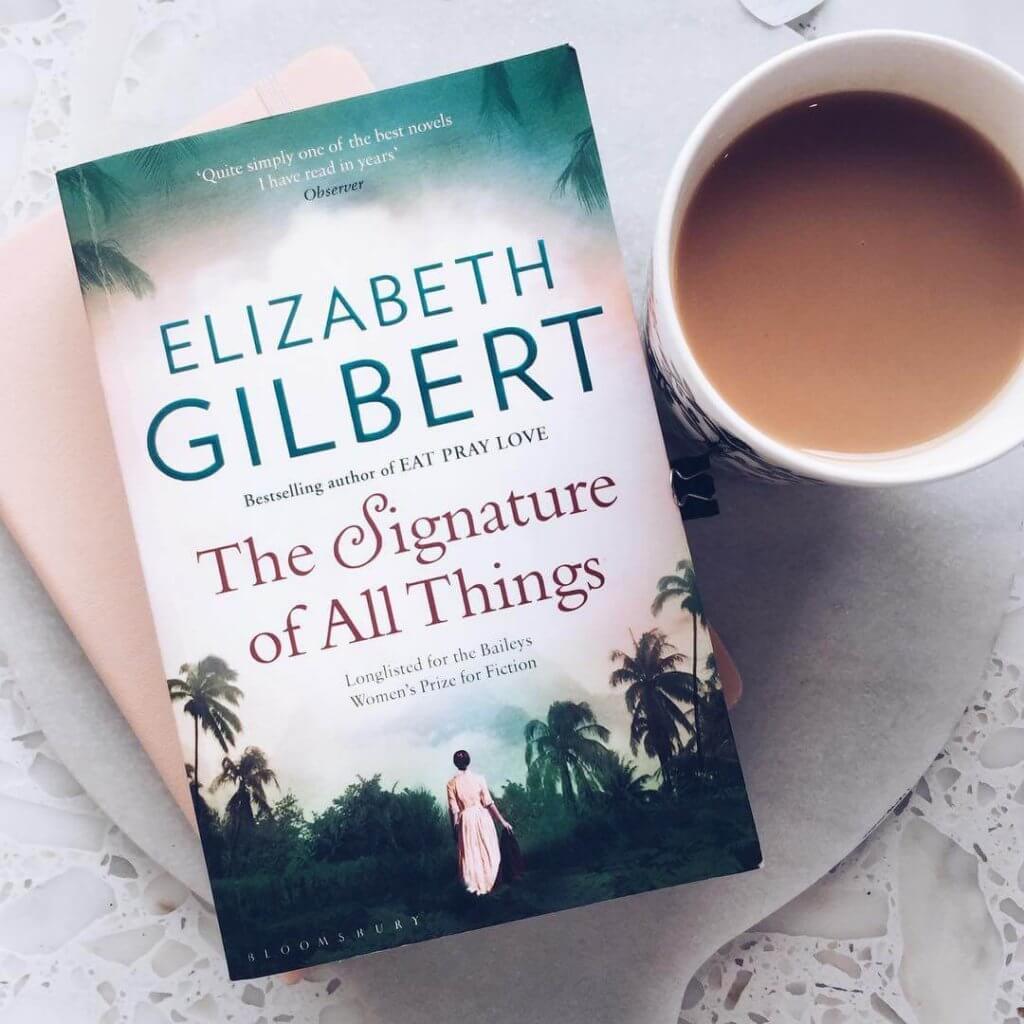 I’ve read four of Elizabeth Gilbert’s previous books – Eat Pray Love, Eat Pray Love Made Me Do It, Big Magic and The Last American Man, but The Signature of All Things – long-listed for the 2014 Baileys Prize – is the first novel of hers I’ve read.

As Gilbert’s first work of fiction for over twelve years, and used as I am to her witty and inspiring advice found within the pages of her previous books, I didn’t really know what to expect from The Signature of All Things. I’d been recommended it some time ago by my friend Dani’s aunt but only just got around to reading it prior to my departure from Sydney. Much like when I was trying to finish the BBC Top 100 before I turned 30, the day before my flight to LA I was up with the birds at 4am to race through the last couple of hundred pages before departing for the US.

An enticing and absorbing read, The Signature of All Things is compelling novel that follows Alma Whitaker from a young child in Philadelphia to successful female botanist in nineteenth century America, Amsterdam, London and beyond. While the plot centres around Alma, the cast of characters in richly imagined – from her enterprising father who, despite being a poor-born Englishman, makes a great fortune in the South American quinine trade, eventually becoming the richest man in Philadelphia – to her adopted sister, level-headed Prudence, their fair-weather friend Retta, and, perhaps most importantly of all – Ambrose Pike – the man with whom Alma eventually falls in love.

Fast-paced and fascinating in equal measure, The Signature of All Things is a tale that fuses the extraordinary with the ordinary; science with nature; love with loss, and goes a long way to prove that Gilbert’s imagination is as strong as her story-telling skills.

About The Signature of All Things

From the moment Alma Whittaker steps into the world, everything about life intrigues her. Instilled with an unquenchable sense of wonder by her father, a botanical explorer and the richest man in the New World, Alma is raised in a house of luxury and curiosity. It is not long before she becomes a gifted botanist in her own right. But as she flourishes and her research takes her deeper into the mysteries of evolution, the man she comes to love draws her in the opposite direction – into the realm of the spiritual, the divine and the magical.

The Signature of All Things soars across the globe of the nineteenth century, from London and Peru, to Philadelphia, Tahiti and beyond. Peopled with extraordinary characters along the way, most of all it has an unforgettable heroine in Alma Whittaker.

Elizabeth Gilbert is an award-winning writer of both fiction and non-fiction. Her short story collection Pilgrims was a finalist for the PEN/Hemingway award, and her novel Stern Men was a New York Times notable book. In 2002, she published The Last American Man, which was a finalist for both the National Book Award and the National Book Critics’ Circle Award. She is best known for her 2006 memoir Eat, Pray, Love, which was published in over thirty languages and sold more than seven million copies worldwide. The film, released in 2010, stars Julia Roberts and Javier Bardem. Committed: A Sceptic Makes Peace with Marriage, a follow-up to Eat, Pray, Love, was published in 2010. Elizabeth Gilbert lives in New Jersey, USA.

2 comments on “Review: The Signature of All Things – Elizabeth Gilbert”