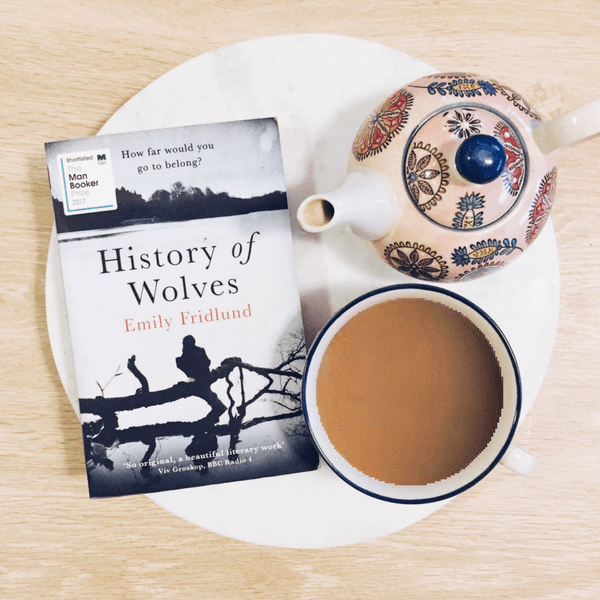 The problem with having a book buying addiction is that, like many habits, it can be tough to overcome. Having been unable to work for almost a year (due to ongoing visa restrictions) has taught me many things – one of which is to live frugally. I scrimp and I save wherever possible – I walk rather than catching the bus, Ubers are – for the most part – a thing of the past, I buy seasonal fruit and veg; on the infrequent occasions I go out for dinner or drinks with friends, I google the menu of the venue we’ll be spending the night, and meticulously plan what I’ll be eating and drinking, according to the amount of money in my bank account. And yet, when it comes to books, I simply can’t help myself – if there’s money in my account it will be spent on books, even if it means a somewhat limited diet for the week ahead.

And so it was, that when I recently met up with my friend Hermione at my favourite bookshop in Sydney, Gertrude & Alice, that I left with $70 worth of books – one being History of Wolves – and thus followed our rendevouz with an hour’s walk home to Clovelly to avoid paying a paltry bus fare after my book splurge.

Intrigued by the book’s blurb, I started the novel that night, and was soon swept away by its sense of place and uneasy nature. History of Wolves is a coming of age story that is narrated by and follows the life of fourteen-year-old Linda, her infatuation with a school mate who allegedly had an affair with their professor, and later a family who move across the lake from where she lives with her parents. Linda, mostly left to raise herself by hippy, laid-back parents, lives in Northern Minnesota, on grounds that used to belong to a commune, of which her parents were members.

The tale is taut with tension and disquiet, and the wild Minnesota woods offer an eerie backdrop to Linda’s journey as she battles the fine lines between right and wrong and ignorance and innocence. Soon after befriending the family across the lake – Patra, Leo and their son Paul – it becomes apparent that the son is being mistreated, but Linda is hesitant in voicing her opinion for fear of being outcast by her new friends.

History of Wolves pivots between two times zones; Linda as a young and feral teen, and in later life, recollecting the sinister events that were so instrumental in her adolescence. The setting is a wintry one; which perhaps made it a slightly slower read as it was that I worked my way through it in the sweltering sun, but the tale is compelling, rife with complexities and a crisp narrative.

Emily Fridlund grew up in Minnesota and currently resides in the Finger Lakes region of New York. Her fiction has appeared in a variety of journals, including Boston Review, Zyzzyva, Five Chapters, New Orleans Review, Sou’wester, New Delta Review, Chariton Review, The Portland Review, and Painted Bride Quarterly. She holds a PhD in Literature and Creative Writing from the University of Southern California. Fridlund’s collection of stories, Catapult, was a finalist for the Noemi Book Award for Fiction and the Tartts First Fiction Award. It won the Mary McCarthy Prize and will be published by Sarabande in 2017. The opening chapter of History of Wolves was published in Southwest Review and won the 2013 McGinnis-Ritchie Award for Fiction.

About History of Wolves

Fourteen-year-old Linda lives with her parents in the beautiful, austere woods of northern Minnesota, where their nearly abandoned commune stands as a last vestige of a lost counter-culture world. Isolated at home and an outlander at school, Linda is drawn to the enigmatic, attractive Lily and new history teacher Mr. Grierson. When Mr. Grierson is charged with possessing child pornography, the implications of his arrest deeply affect Linda as she wrestles with her own fledgling desires and craving to belong.

And then the young Gardner family moves in across the lake and Linda finds herself welcomed into their home as a babysitter for their little boy, Paul. It seems that her life finally has purpose but with this new sense of belonging she is also drawn into secrets she doesn’t understand. Over the course of a few days, Linda makes a set of choices that reverberate throughout her life. As she struggles to find a way out of the sequestered world into which she was born, Linda confronts the life-and-death consequences of the things people do – and fail to do – for the people they love.