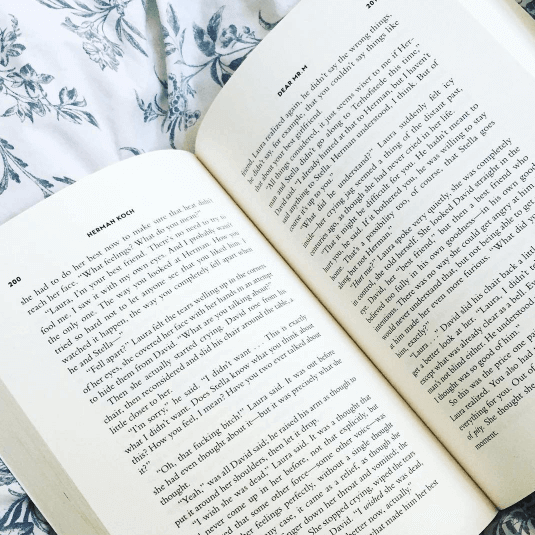 I’ve been a big fan of Dutch writer Herman Koch’s ever since I first read his novel The Diner a few years ago. Compelling, dark and witty, I was instantly hooked, and later went on to read Summer House with Swimming Pool, another great offering from Koch. And so it was, that when the opportunity arose to see him in conversation at Sydney Writer’s Festival earlier this year, I jumped at the chance. He spoke about his newest novel Dear Mr M, and with an abundance of charisma and charm, and I left the talk eagerly awaiting its publication.

Much like the previous novels of Koch’s that I’ve read, Dear Mr M entices its reader from the very first page. A famous writer whose glory days are behind him, Mr M’s fame has been dwindling for a while. Having acquired celebrity with his novel Payback, which was inspired by a true news story about the disappearance of a high school history teacher in Amsterdam; the case was never solved, thus allowing Mr M poetic licence to solve it through his own work of fiction. Many years after his breakthrough novel was published, Mr M has a much younger wife, a small daughter and an ominous neighbour who keeps a close eye on his every move.

The story is told from several viewpoints and Koch intricately weaves a tale that is rich in atmosphere with a growing sense of menace throughout. Suspenseful and sharp, Dear Mr M offers its reader a discerning exploration of the very fine line between fact and fiction.