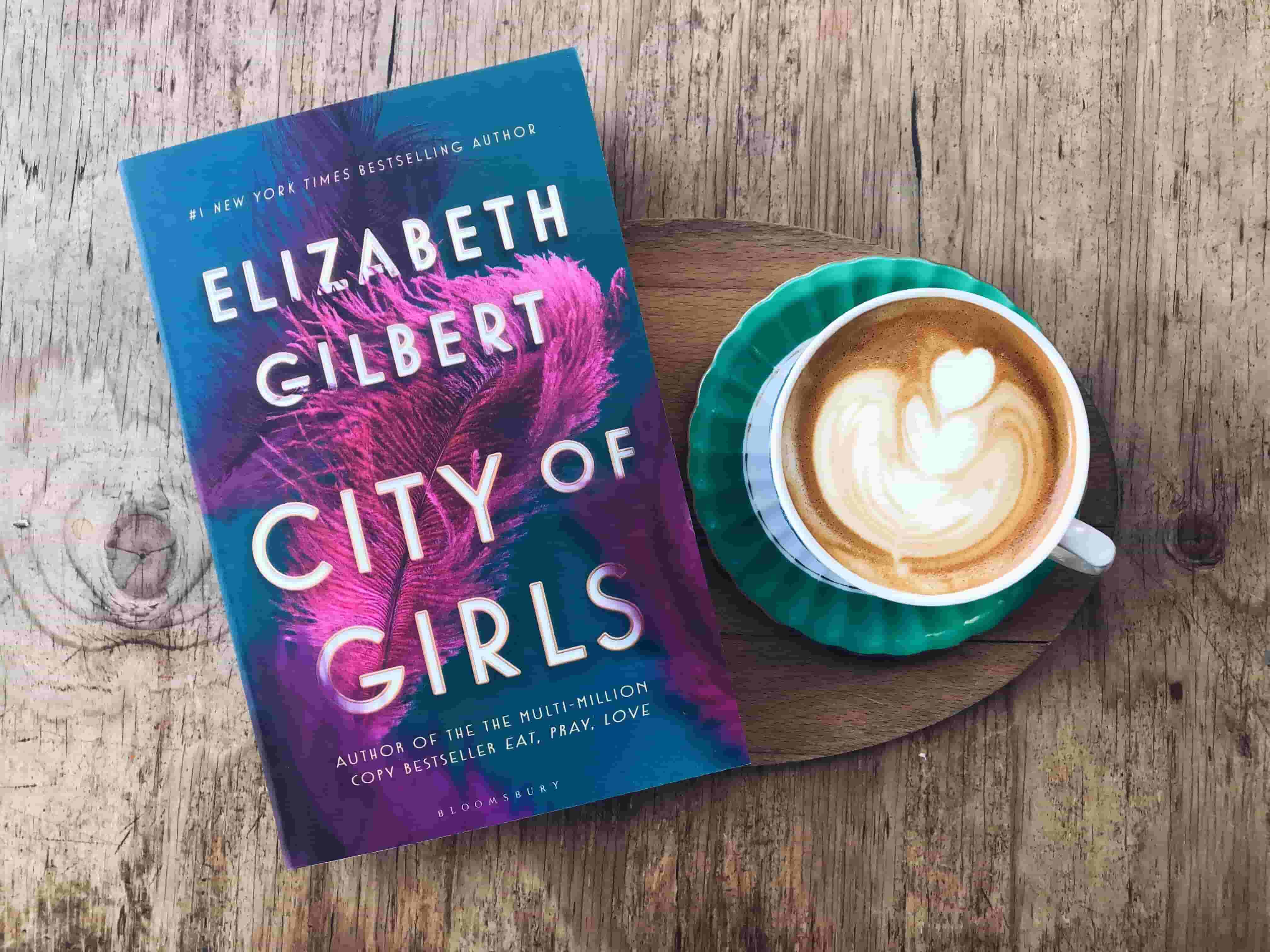 Suffice it to say that City of Girls by Elizabeth Gilbert was one of 2019’s most hotly anticipated novels. Despite being best-known for her memoirs, Eat Pray Love, its sequel, Committed, and her much-loved creative bible Big Magic, her 2013 novel The Signature of All Things – which was long-listed for the Women’s Prize for Fiction – is among my all time favourite books, and one I often recommend to friends. And thus it was that I – like many others – came to Gilbert’s first fictional offering in over five years with rather high expectations.

About the book, Gilbert said, “I’ve longed to write a novel about promiscuous girls whose lives are not destroyed by their sexual desires. My goal was to write a book that would go down like a champagne cocktail- light and bright, crisp and fun.” and with City of Girls, she delivers exactly that.

Narrated by protagonist Viviane Morris, City of Girls is a pacy coming of age story that explores women’s sexuality, the courage to break conventions, the freedom to follow one’s desires, growing up, friendships, life’s simple pleasures, glamour, resilience and optimism.

Vivid, likeable, sassy, free and fun, Vivian is nineteen and a college dropout when she moves to New York to live with her eccentric aunt Peg, who owns a crumbling theatre inhabited by a larger-than-life cast of characters. Sent by her parents who are baffled by their daughter’s lack of academic prowess, what began as a summer in the city soon turns into something more as Vivian finds her feet working for her aunt as the theatre’s costume designer.

What follows in an enticing depiction of a footloose and fancy-free life in 1940s New York where boundaries are pushed, rules are bent and broken, friendships are formed and a legacy is left in the character’s wake. Rich with dazzling storytelling, Gilbert brilliantly captures the loftiness of the central protagonist as we follow her living a life less ordinary on the streets of the Big Apple.

Thought-provoking, ripe with wit and humour and loveable characters throughout, City of Girls is an intoxicating read that is everything Gilbert promised her readers and more.

About City of Girls

It is the summer of 1940. Nineteen-year-old Vivian Morris arrives in New York with her suitcase and sewing machine, exiled by her despairing parents. Although her quicksilver talents with a needle and commitment to mastering the perfect hair roll have been deemed insufficient for her to pass into her sophomore year of Vassar, she soon finds gainful employment as the self-appointed seamstress at the Lily Playhouse, her unconventional Aunt Peg’s charmingly disreputable Manhattan revue theatre. There, Vivian quickly becomes the toast of the showgirls, transforming the trash and tinsel only fit for the cheap seats into creations for goddesses.

Exile in New York is no exile at all: here in this strange wartime city of girls, Vivian and her girlfriends mean to drink the heady highball of life itself to the last drop. And when the legendary English actress Edna Watson comes to the Lily to star in the company’s most ambitious show ever, Vivian is entranced by the magic that follows in her wake. But there are hard lessons to be learned, and bitterly regrettable mistakes to be made. Vivian learns that to live the life she wants, she must live many lives, ceaselessly and ingeniously making them new.

‘At some point in a woman’s life, she just gets tired of being ashamed all the time. After that, she is free to become whoever she truly is,’ she confides. And so Vivian sets forth her story, and that of the women around her – women who have lived as they truly are, out of step with a century that could never quite keep up with them.

Elizabeth Gilbert is an award-winning writer of both fiction and non-fiction. Her short story collection Pilgrims was a finalist for the PEN/Hemingway award, and her novel Stern Men was a New York Times notable book. In 2002, she published The Last American Man, which was a finalist for both the National Book Award and the National Book Critics’ Circle Award. She is best known for her 2006 memoir Eat, Pray, Love, which was published in over thirty languages and sold more than seven million copies worldwide. The film, released in 2010, stars Julia Roberts and Javier Bardem. Committed: A Sceptic Makes Peace with Marriage, a follow-up to Eat, Pray, Love, was published in 2010. Elizabeth Gilbert lives in New Jersey, USA.