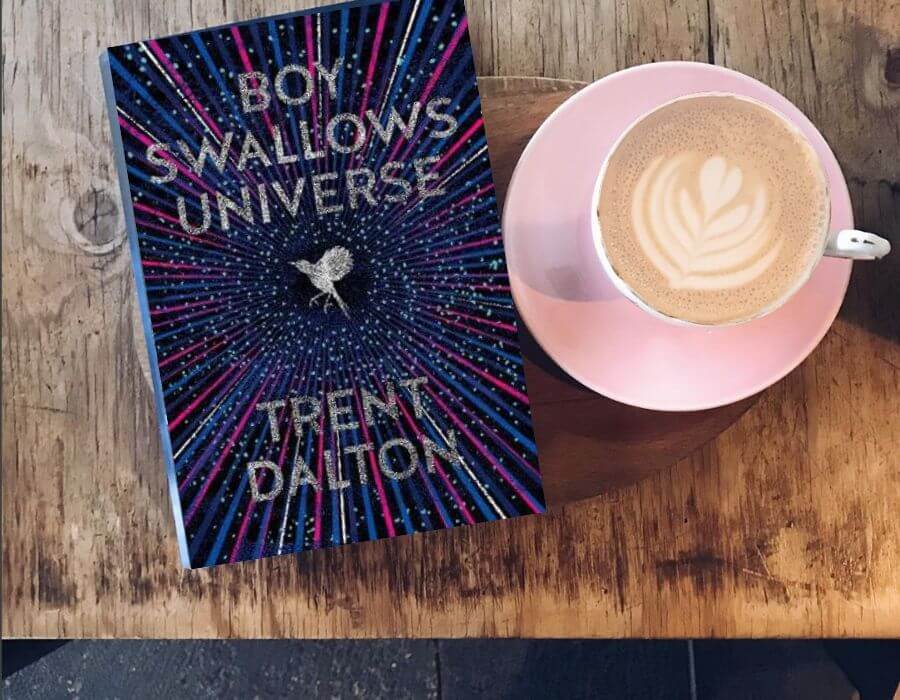 While the books I chose for my December and January collaboration with the Curio Collection had some sort of logic behind each of them – for February, the books I selected were simply books that I have read, and loved, with no other thought to it than that.

Quite coincidentally, each of the books I picked for February were by male, Australian authors (for both December and January – without intending to – all the books I chose were authored by women), each of whom I’ve been lucky enough to meet.

David Leser, who wrote the utterly brilliant Women, Men and the Whole Damn Thing , frequents Gertrude & Alice almost as much as I do; and I first spoke to him while nursing a cup of tea one morning in July last year. I had just found out that my visa had been declined and with just a matter of days left to leave the country, suffice it to say I was pretty upset. I didn’t know who he was at the time, but always remembered his friendly face and words of reassurance as I sat in a state of shock as my life began to unravel before my very eyes. Soon after returning to Australia, I went on to read Women, Men and the Whole Damn Thing, and we later hosted an event with David, in which he spoke passionately about the process of writing his latest book. 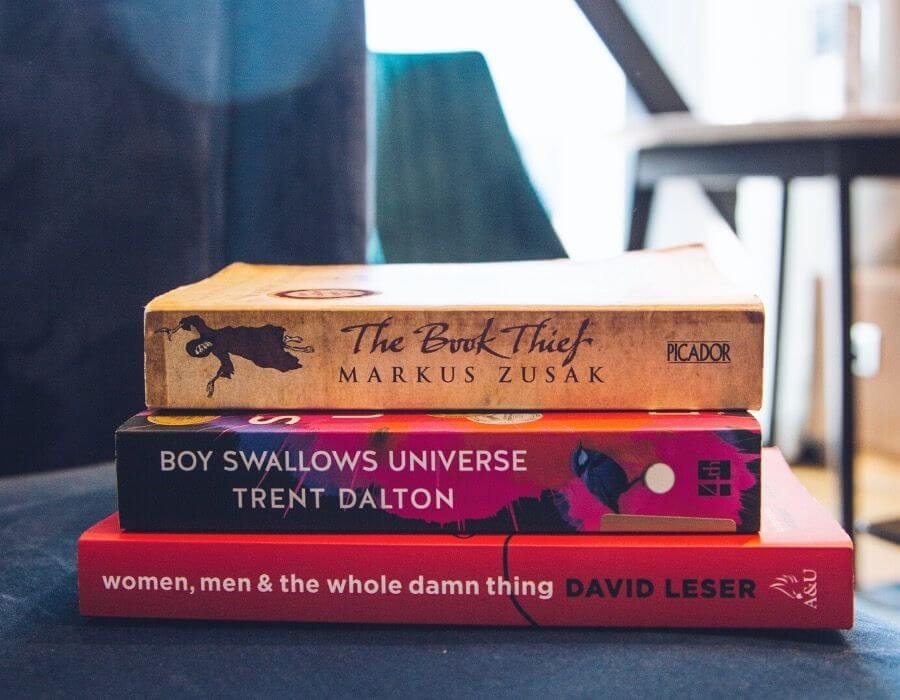 I saw Trent in conversation with Matt Haig and Sarah Wilson at Byron Writer’s Festival back in 2018, and again earlier this week at an event hosted by Harper Collins, to find out more about his new book, All Our Shimmering Skies. His Desert Island Books remains my favourite to date (not least because he chose a whopping 23 books instead of the standard eight). Boy Swallows Universe has been one of our most popular picks since launching the Bondi Literary Salon in 2018; and Trent’s debut has not only been universally adored by almost every single person who has read it, it too is the fastest selling Australian fiction debut since the Nielsen BookScan records began. Subsequently, it was an utterly obvious choice to include when selecting which books I wanted guests of the Sydney West Hotel to have access to during their stay in Sydney.

Finally, I met Markus Zusak, author of the much loved The Book Thief, at the end of last year when he did a book-signing event at Gertrude & Alice. Humble, hilarious and one of the nicest people I’ve ever met, there wasn’t a single person at the signing who wasn’t entirely enamoured with him by the end of the night. The Book Thief is beloved by readers the world over, and while it took me almost two decades to get around to reading it, it was absolutely worth the wait.

Head over to West Hotel Sydney’s IGTV to watch me harp on some more about my love for each of these books.

West Hotel Sydney is a sophisticated hotel strategically located on the western side of Sydney’s CBD beside the iconic Darling Harbour and up-and-coming cultural and commercial hub, Barangaroo.

About Curio Collection by Hilton

2 comments on “My February Picks for the Curio Collection”