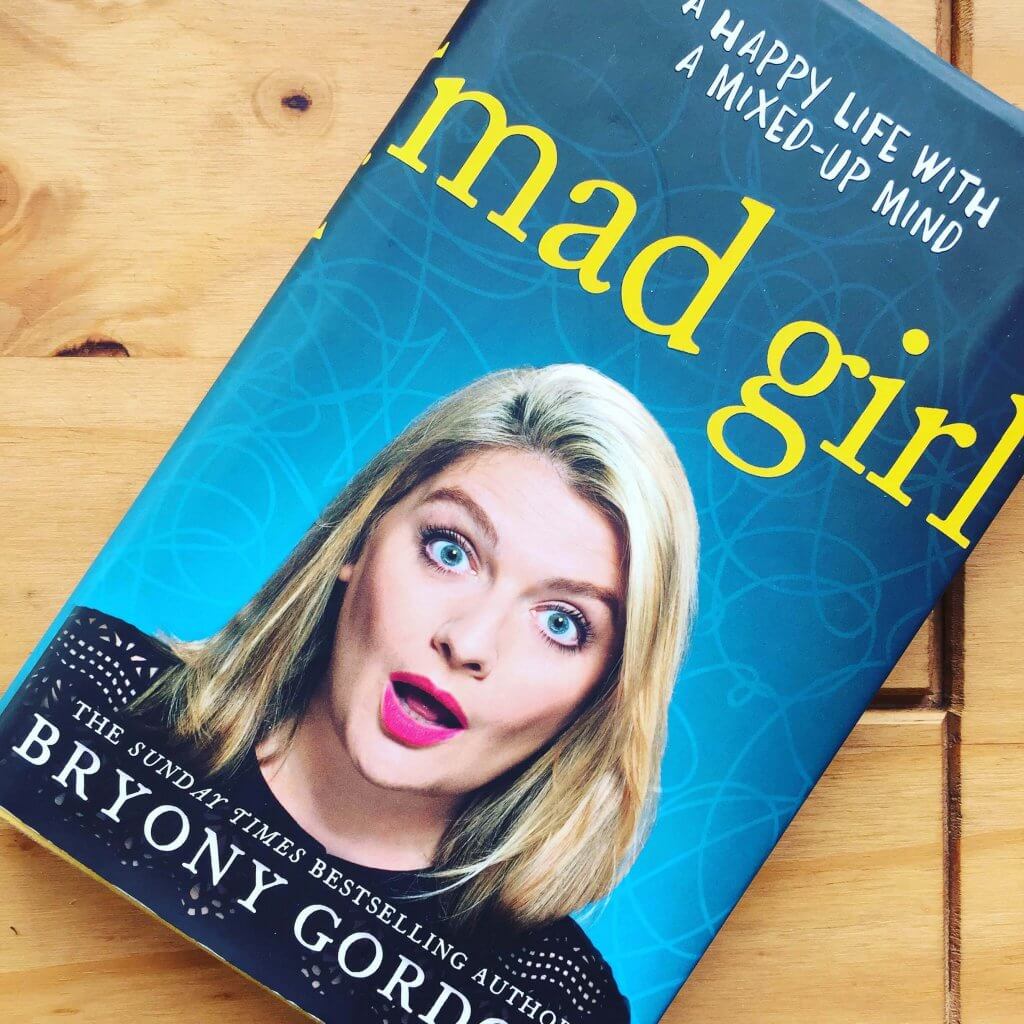 Ever since I read Bryony Gordon’s memoir of her misspent twenties – The Wrong Knickers – almost two years ago, I’ve been eagerly awaiting a follow-on and consequently continued to read in earnest Gordon’s Telegraph columns in absence of said sequel. Thus it was with utter glee that I found out that Bryony was indeed writing a second book; this time about her experience with mental illness, specifically OCD.

Having run the London Marathon, and two Royal Parks Half Marathons in aid of mental health charity Mind, and with mental health being a cause very close to my heart, I was intrigued to see how Gordon, who possesses wit and humour in abundance, would deal with such a sensitive subject. It was a happy coincidence that my trip back to the UK coincided with the launch of her book, and immediately after booking my flights home I booked tickets to the Roof Top Book Club, where she was to be interviewed by cofounder of The Pool, Sam Baker.

I had started Mad Girl a matter of hours before the Roof Top Book Club took place, but much like with The Wrong Knickers, was drawn in from the first page. The event itself was both entertaining and insightful, with Gordon offering the audience a glimpse at what life was like living with OCD and depression. Like many suffering with mental health issues, Gordon is both bubbly and gregarious, and spoke passionately about society’s attitude towards depression and the desperate need for change.

And so to the book itself; brave, necessary and brutally honest, Mad Girl is a witty and important read that offers its readers a frank portrayal of OCD, eating disorders and depression, all of which Gordon has lived with since a dream she had aged 12. Both humorous and poignant, Mad Girl highlights the stigma still attached to mental health, and the urgent need there is for this to be addressed.

When I queued up at the Roof Top Book Club to have my book signed, I asked Bryony to address it to my beautiful big sister, who, too, has lived with depression for most of her life. I hope that each person who reads this book – and read it you should; regardless of your relationship – or lack thereof – with mental health, will help bring society one step closer to destigmatizing mental health and setting free its sufferers.