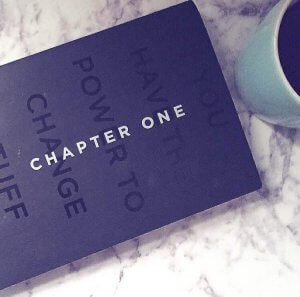 It’s been a while since I’ve read a book that has had such a profound effect on me that I’ve been hesitant to feature it on my blog for fear of not being able to convey in words just why I want everyone to read said book. Chapter One is one of these.

Written by Thankyou co-founder Daniel Flynn, Chapter One is a book of epic proportions that inspires and challenges its reader in a way I’ve never experienced before.

Aged 19, Flynn discovered the alarming fact that while 900 million people around the world did not have access to safe drinking water, Australians spent $600 million on bottled water each year. As a result, he founded Thankyou Water along with his best friend Jarryd and now wife Justine – a social enterprise that exists to empower Australians to fund safe water projects in developing nations through the sale of bottled water.

Chapter One tells the story of the hardships and the hurdles they had to overcome, the pitfalls a-plenty and the agonising decisions they had to make but also – and ultimately – the faith and belief they upheld that together they were beginning to make a difference towards eradicating global poverty.

Part memoir, part guide; I was enthralled from start to finish and as a reader was completed invested in the movement that Flynn speaks so passionately about. He talks honestly and openly about the mistakes they made; the consequent lessons they learnt and how despite how insignificant we may feel as individuals, together we all have the power to change things for the better.

It’s easy to think we can’t make a difference; since beginning this book a few days ago I’ve encouraged everyone I can to buy it, only to worry that maybe only one or two of my friends will actually do so. But even if that is the case, maybe they, too, will be as moved as I have been, and endorse this book to others. Maybe no-one will take heed of this blog, but maybe, just maybe they will.

I implore everyone to buy this book; whether you’re a reader, a business person looking for inspiration, or simply someone who wants to make the world be live in a better one.

Chapter One comes with a ‘pay what you want’ price tags and 100% of profits will go towards ending global poverty. You can buy it here.