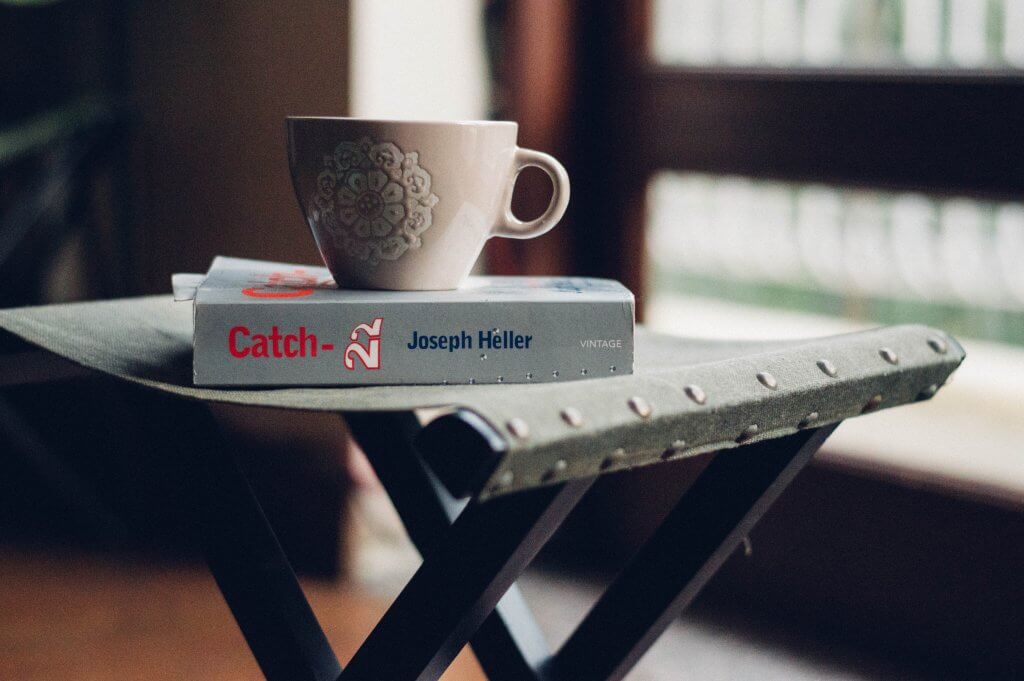 I first attempted to read Joseph’s Heller’s Catch 22 when in Cuba a number of years ago. Approximately two-thirds of the way through with no idea of what was actually happening, I traded it in for the somewhat easier read of Little Women, and have since avoided returning to it.

Many a conversation has been had about Catch 22 between myself and one of my dearest friend Kim’s stepfather Colin, who cites it as one of his favourite books and has put a great deal of effort into convincing me of its merit. But alas, it is only now, with just a handful of books left from the BBC Top 100, that I’ve found myself returning to it.

A satirical novel by American author Joseph Heller, Catch 22 was published in 1961, and – at number 11 in the BBC Top 100 – is thought of by many as one of the greatest literary works of the twentieth century. Coming to it a second time – having since struggled through a number of books – was certainly easier than the first, and while it’s outside the spectrum of what I would usually enjoy; that of course is the reason I started my challenge in the first place.

A story steeped in satire and slapstick; the appeal for so many is its absurdity. Heller’s crazy hareem of characters leapt around the pages; one event bore no relation to the next and the dance of insanity kept the main lead. The ending was poignant; both in the revelation of Snowden’s secret and in that – slightly older and wiser – I was not only able to finish Heller’s most beloved novel but also able to appreciate Catch 22 for exactly what it was; a contradictory classic as relevant today as it was when first published.