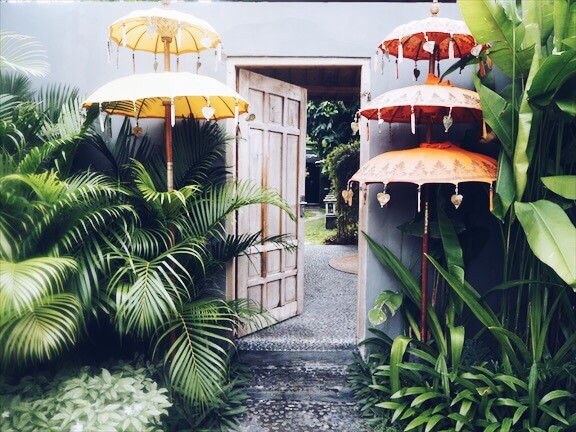 I knew it was coming; it was simply a matter of time. Ever since I walked out of my job at the end of January I’ve been in a state of flux, unable to work; not yet in a position to apply for defacto with my boyfriend – on a 457 visa; yet one that was no longer valid. What began as a trip to Bali to figure out my next move, ended up evolving into a new life here of sorts – albeit a temporary one that affords me a bit of financial breathing space that living in Sydney wouldn’t.

It came when I was least expecting it. Following a recent midday meditation that helped heal some inner wounds, I’ve been slowly but surely finding a sense of peace and comfort in among the uncertainties of life. I was in Canggu, and had spent a lazy afternoon reading under shaded palm trees prior to a massage when I quickly checked my emails. There it was. A notification informing me that my 457 visa had been cancelled with immediate effect. While usually a twenty-eight day notice period is given, due to my having left Australia in March not a single day’s grace was granted.

Alone and scared – themes that have been common during my time in Bali – I felt utterly helpless. I spent much of the subsequent massage in tears – of fear, uncertainty and overwhelming regret – of what, I don’t know, but the feeling was palpable.

The evening passed in a blur of strained smiles and forced conversation during dinner, while my mind tried to make sense of the day’s events. I escaped to the sanctuary of my room to attempt to meditate below the night’s full moon, praying for guidance, inner peace and a positive outcome. I drifted off into an almost entirely sleepless slumber before waking at 2am awash with a nervous energy that simply wouldn’t settle.

Morning came, its arrival an achingly slow one – and with it  a downpour and looming grey skies that perfectly reflected my mood, and brought back memories of learning about pathetic fallacy as a student with an appetite for literature and the words that lay therein.

The rain continued as I headed out to yoga, overwhelmed, fatigued and dazed. I hadn’t checked the studio’s time table prior to the 7am class, and had presumed the class would be Hatha Yoga; instead I was greeted with a sunrise Pranayama meditation; my least favourite type of practice. Much of the meditation was spent in stillness and silence, and while my body ached to move, to concentrate on something – anything – other than my thoughts, I had little choice but to sit in contemplation for the best part of the hour.

And so: a lesson in silence and stillness that, understandably, got me thinking. I covet quick fixes. We all do; a one off workout that produces abs of steel; a life-changing book whose content will change your way of thinking; a solo meditation session that will impact your mindset for good. All of these are misconceptions; in the same way that a honed body takes months – if not years – of training – so too does a wise and peaceful mind. The mediation class – while it was the thing I wanted least at that moment in time – was probably the thing I needed the most. I left it no wiser, no more certain of my future or the wheres, whys and hows. I did, however clear the chatter from my mind and left with an element of peace – albeit a small one.

RELATED:  Review: The Signature of All Things - Elizabeth Gilbert

18 comments on “A Cancelled Visa & a Lesson in Stillness”