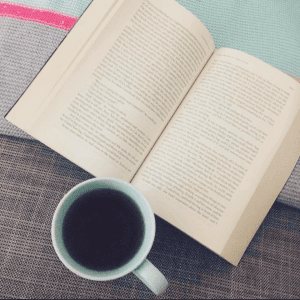 I was gifted A Little Life for my 30th birthday by two of my wonderful friends Nik and Mitch. With a matter of hours to spare before the clock struck midnight on the final eve of my twenties, I had finished the long, laborious, emotional and enriching challenge of finishing the BBC Top 100; a feat that I was incredibly proud of, and one that I very nearly didn’t finish.

And so it was that when shopping for my birthday present, Mitch decided to seek the advice of a bookseller; unsure of what to get someone whose taste and reading history was quite so eclectic as mine. He told the bookseller I had just finished reading the BBC Top 100, and was thus presented with A Little Life by Hanya Yanagihara. I love getting books for my birthday; for me they are the very best gifts of all; but having spent the prior two months waking pre-dawn in order to read before work, I was looking forward to a much deserved rest from anything too large or intellectual.

I’d heard great things about A Little Life; it was, after all, shortlisted for both the Man Booker Prize and the Baileys Women’s Prize for Fiction – a prize that, having worked on for two years, I hold very dear to my heart. However, as with all books that are lauded by many, there too, was much criticism of the intensity of the book, and the violence that laid therein. I heard of people who had stopped half way through, claimed it was 400 pages too long and found the ferocity too much to bear. And despite having had it on my bookshelf for a little over two months, it was only when my friend Polly and Jayne from Girl Tweets World encouraged me to read it, that I finally took the plunge.

Little did I know what was to lie ahead. Written over the course of eighteen months, it tells the tale of four friends – JB, Jude, Malcom and Willem who are living in New York after graduating from college. Their backgrounds and occupations vary; Malcolm is a struggling architect from a wealthy family of biracial parentage who still lives at home, JB is a painter of Haitian descent, Willem is an actor whose parents were Danish and Swedish while Jude is of ambiguous ethnic origins and works as a lawyer, but together they are bound by a deep and limitless friendship. 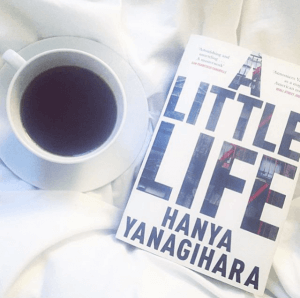 Despite, however, the closeness of the group, little is known of Jude’s past – other than that he was involved in an incident that he refers to as a car injury – which has resulted in nerve damage to his spine and the limp with which he walks. As the story progresses, the men enter their thirties; each of them carving out successful careers while still upholding a close friendship. Meanwhile, cleverly woven into the narrative are glimpse of Jude’s distressing and disturbing past; one that is ripe, ever-present and continues to haunt him.

As time passes the friendship of the four characters is tested; make-ups and break-ups take place, bonds strengthen, deepen and ultimately break. What remains constant through Yanagihara’s achingly beautiful narrative, however, is the self-torture Jude inflicts upon himself; the worthlessness and shame he feels; and the unbroken desire to end his life.

The novel’s characters – the central four protagonists and beyond – are so gracefully imagined that it’s impossible not to be heavily invested in each and every one of their lives, and by the time I turned the final page, I felt like a little part of me was gone, never to be replaced again. The prose is achingly alive; the two timeframes expertly interlaced, and there is little question over the prowess of Yanagihara as an astonishing storyteller.

A Little Life is an all-consuming, in parts emotional, often painful read. It is heartbreaking and hopeful; it is brilliant, it is beautiful, it is brutal and bewitching. It is abundant in courage and compassion. I will, undoubtedly, remain a voracious reader, but I fear that nothing will ever quite come close to the inconceivable A Little Life.